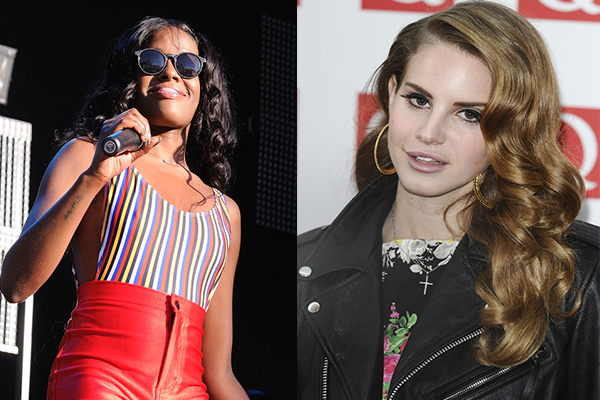 According to Dazed, the songstress, Lana Del Rey recently lashed out at Kanye West for unashamedly wearing a MAGA hat (Make America Great Again), and received praise for her remark, “Message sent with concern that will never be addressed.”

Azealia Banks, one of a handful of Donald Trump’s showbiz supporters, reacted by stating that she was “tired of white women in Hollywood and their fake ass innocent agendas… I suggest you apologize to Kanye West immediately.”

Although a couple of days have passed since singer Banks said these comments, it appears that Ms Del Rey wasn’t remaining calm but only just became aware of them. Del Rey went on a bit of a tweet rampage lashing out at Banks. She didn’t hold back at all!

The upshot of it is is that Lana Del Rey wants to punch Azealia Banks in the face! This is how it all unfolded. To start, Del Rey invited Banks to her house.

@shopcheapyxo u know the addy. Pull up anytime. Say it to my face. But if I were you- I wouldn’t.

Then came assurances that damage would definitely be inflicted!

I won’t not fuck you the fuck up. Period.

But then, following the threats of a punch-up. Del Rey got nasty and took a dig at Banks’ music career.

Banks. u coulda been the greatest female rapper alive but u blew it. dont take it out on the only person who had ur back.

Dazed magazine reports that Banks responded with a topless picture of herself but the Tweet has since been deleted!
Don’t forget you can keep up-to-date on all things Nova over on our Instagram page – follow us for all the craziness of radio life coupled with news, sports and LOTS of cool competitions! Click here…