Home News Conor McGregor Due In Court Over Assault Charges 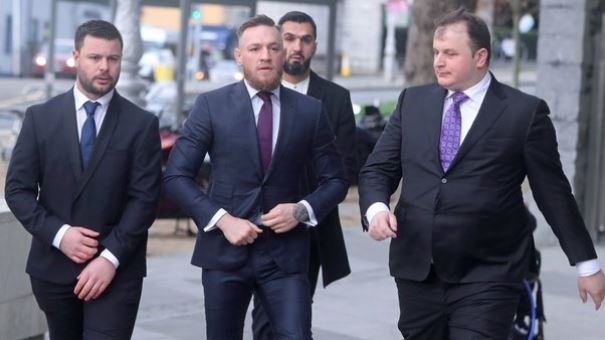 Conor McGregor is appearing in court this morning over an alleged incident at a pub in Dublin. It’s reported that the MMA star is facing a single charge of assault.

That was at the Marble Arch pub in Drimnagh on April 6th, where the star was promoting his brand of whiskey, Proper Twelve.

At his last hearing, the judge remanded McGregor on continuing bail and he’s anticipated to either make a plea or contest the charge when he returns to court today.