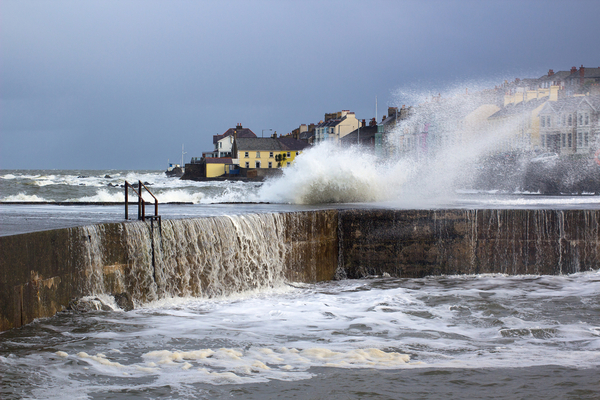 A council worker in his late 50s was killed by a falling tree as he attended to debris from Storm Eunice. The man had been carrying out duties for Wexford County Council in the Ballythomas area of north Co Wexford, earlier this morning. Gardaí believe the man had died from fatal injuries associated with the accident and was later pronounced dead at the scene. The man and a colleague had been clearing trees when another came down in the strong winds, fatally injuring him.

Wexford County Council confirmed the news in a statement today, describing the incident as deeply saddening. Within its statement, a spokesperson said it is “with deep regret and sadness that Wexford County Council confirms that one of our employees was fatally injured earlier today in a workplace accident. The accident occurred as the employee attended the scene of a fallen tree in the North Wexford area.

Emergency services and local Gardaí rushed to attend the scene; however, the council worker had been later pronounced dead. The man’s body has been transferred to Waterford University Hospital, where a post-mortem will be carried out in due course. Gardaí are set to open a full investigation into the incident and confirmed the Health and Safety Authority will carry its own.

Storm Eunice has bombarded the continent with a ferocious blast as the latest weather bomb sweeps across the land. Huge gusts have picked up over the past week, with some areas reaching record high winds. Further deaths occurred in The Netherlands with one person trapped under a fallen tree in the capital, and another when a tree toppled onto their car in Diemen. The Wexford council worker is the first known casualty of Storm Eunice in Ireland, although the weather continues to destruct.

China Accuse Italy Of Being The Origin Of The Coronavirus

Everyone On Board Passenger Jet Survive Crash Land At Sea