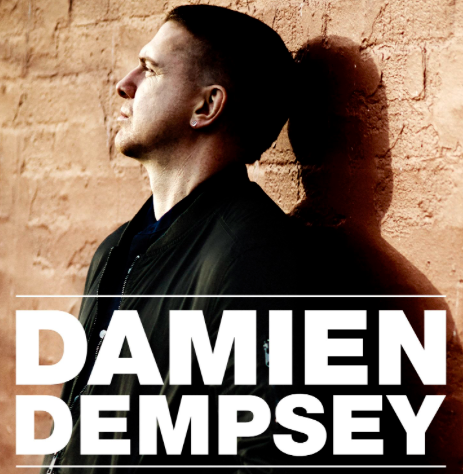 After a very successful three sold-out gigs at Vicar Street in December, Damien Dempsey has just announced that the will be returning to the Iveagh Gardens in Dublin this Summer.

He’ll be joined by some special guests, in the shape of County Antrim trad group ‘Beoga’ and Paul Alwright. Beoga released their FIFTH album ‘Before We Change Our Mind’ in 2016 and most recently worked with Ed Sheehan for two tracks on his record ‘divide’. Paul Alwright also known as ‘Lethal Dialect’ recently started his acting career and is set to release new record ‘Hungry’ later this year.

The three acts will perform in the Iveagh Gardens on Sunday, July 14th this year. Tickets are priced at €40 and will go on sale tomorrow, Thursday, February 8th at 9am through www.ticketmaster.ie and other usual outlets across the country.

Following three sold-out Christmas shows at Vicar St last December, Damien has announced he will return to Dublin’s Iveagh Gardens on Saturday 14th July 2018, where he'll be joined by special guests Beoga and Paul Alwright. Tickets on sale 8th February at 9am from usual outlets. pic.twitter.com/1NQPtIMd1h

It has been reported that Dempsey achieves a feeling at his gigs that other artists dream of. He apparently has a fantastic connection with the crowd which makes his gigs an unforgettable experience.

Dempsey started his career seventeen years ago and released his seventh album ‘Soulsun’ in May last year. Dempsey teamed up with an amazing cast of female guest vocalists on the record, who are referred to as ‘the mighty Celtic Warrior High Queens’.

Speaking about the addition of the women, Dempsey commented: ‘It’s nice to feature something softer than my gruff voice all the time. They all create nice contrasts and they each bring something unique to the table.’