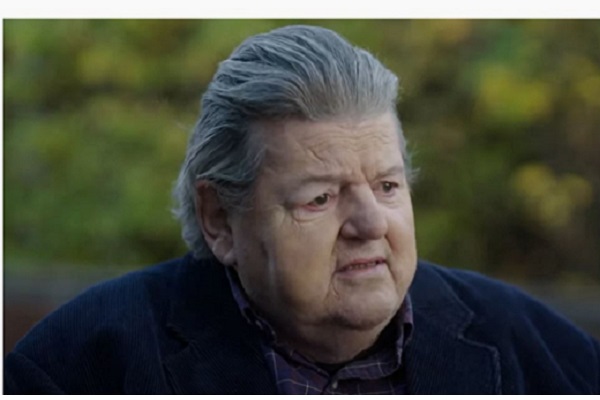 Coltrane starred alongside Radcliffe, Rubert Grint and Emma Watson in the Harry Potter films in his role as gameskeeper Rubeus Hagrid.

The actor also earned three consecutive Bafta awards for his performance as psychologist Dr Ed “Fitz” Fitzgerald in the ITV series Cracker from 1993 to 1995.

Coltrane also starred alongside Hugh Laurie and Emma Thompson in the sketch series Alfresco from 1983 to 1984.

On top of this, Coltrane also starred as KGB man Valentine Zukovsky in two James Bond films Goldeneye and The World Is Not Enough.

In 2006, Robert Coltrane whos real name is Anthony Robert McMillan was awarded an OBE for his services to drama, along with the Bafta Scotland award for contribution to film in 2011.

It will probably be Harry Potter that Coltrane will be renowned for. Actor Daniel Radcliffe paid a heart warming tribute to his co star.

“Robbie was one of the funniest people I’ve met and used to keep us laughing constantly as kids on the set”, Radcliffe said via a statement.

“I’ve especially fond memories of him keeping our spirits up on Prisoner Of Azkaban, when we were all hiding from the torrential rain for hours in Hagrid’s hut and he was telling stories and cracking jokes to keep morale up”.

“I feel incredibly lucky that I got to meet and work with him and very sad that he’s passed. He was an incredible actor and a lovely man”.

Coltrane’s death was confirmed by his long time agent Belinda Wright. She released this statement.

“Robbie was a unique talent, sharing the Guinness Book of Records’ Award for winning three consecutive Best Actor Baftas for his portrayal of Fitz in Granada TV’s series Cracker in 1994, 1995 and 1996 with Sir Michael Gambon”, she said.

She also added, “He will probably be best remembered for decades to come as Hagrid in the Harry Potter films. A role which brought joy to children and adults alike all over the world prompting a stream of fan letters every week for over 20 years”.

She also wrote, “James Bond fans write too to applaud his role in GoldenEye and The World Is Not Enough”, she continued.

“For me personally, I shall remember him as an abidingly loyal client as well as being a wonderful actor, he was forensically intelligent, brilliantly witty and after 40 years of being proud to be called his agent, I shall miss him”.

Robert Coltrane is survived by his sister Annie Rae, his children Spencer and Alice, and their mother Rhona Gemmill.