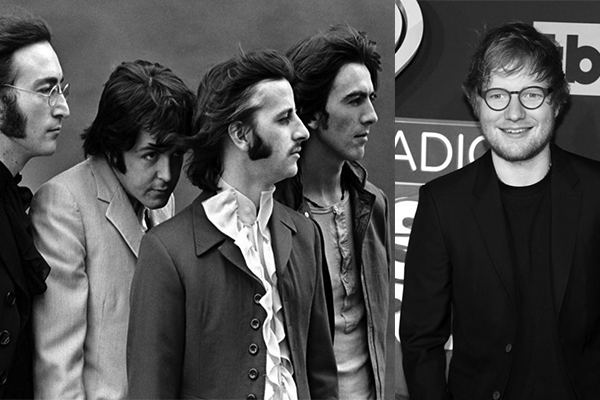 The untitled film has been written by Richard Curtis (Four Weddings And A Funeral) and will feature Eastenders‘ actor Himesh Patel, who played Tamwar Masood in the soap between 2007 and 2016. Patel’s character is a musician who wakes up one day as the only person alive with any memory and knowledge of The Beatles.

According to the Associated Press, Sheeran comes across Patel,  “And then I discover him and take him on tour. Then he gets much, much bigger than me through doing stuff. Yeah, it’s very clever.”

Sheeran also said that the project had given him the opportunity to “learn how to act”. “With the Game Of Thrones thing, that was literally me popping in for a day and making a cameo,” he said. “But this was like full days on set, like 12-hour days.”

Sheeran’s parts have already been filmed, during his latest tour, earlier this year. “It was a very intense two months. I would have four days of gigging and then three days of shooting a film. I was playing myself so I don’t think I was that bad. There wasn’t much to [mess] up.”

The singer-songwriter concluded that he had other ambitions in cinema, saying he wanted to make “something like” the Irish movie Once “where the songs dictate the film, in a way.” The as yet untitled movie is scheduled for release in September 2019 and will also set to star Lily James, Kate McKinnon, Joel Fry, and others.

Meanwhile, Director Danny Boyle quit work on Bond 25 last week. A statement confirming his departure said it was owing to “creative differences.” It was then reported days after that there had been a disagreement between Boyle, Daniel Craig, and producer Barbara Broccoli.

“We’re not trying to pass off as kids, and we’re human as the next fellow. Whether we look our age or not, very often we feel a lot older than we really are.” – John ➿ Watch: https://t.co/QCZ9UjhBSO ➿ #TheBeatles #1960s ➿Photo © Apple Corps Ltd. pic.twitter.com/nd9VkURQFe

Man Attacked For Shouting Out ‘Avengers: Endgame’ Spoilers To Fans