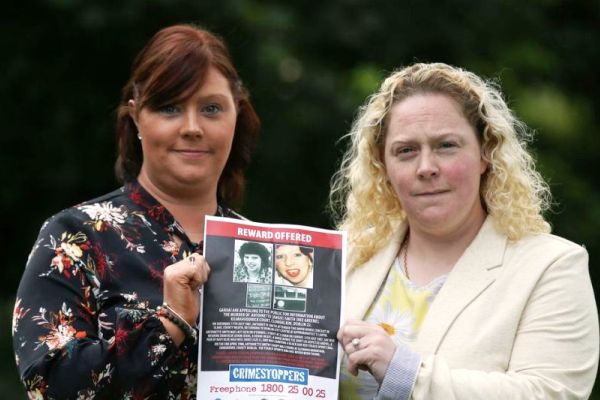 The family of the murdered Dublin woman Antoinette Smith say they believe her killing was carried out by someone she knew. She was last seen on July 12th 1987.

In an appeal for new information on the anniversary of her death her daughters today say they’ll never give up their fight to get justice for their mother. The 27-year-old never came home after she went to Slane to see David Bowie in concert on this day 32 years ago.

Her body was found nine months later on April 3rd 1988 in a drain at Glendoo Mountain, near Enniskerry in Co. Wicklow.

Antoinette’s family believe her murder was a planned attack carried out by someone she knew. Daughter Rachel remains confident her mother knew her killer:

“I think the person is known to her. There’s no way in her right mind would she be willing to go up to the Wicklow mountains that time. I strongly think that she knew her attacker. It could be a family member, it could be a neighbour, it could be a friend.

The murder investigation remains live and Gardaí are renewing their appeal for information.

There are no new leads but Gardaí are launching a fresh appeal for information on the 32nd anniversary of her disappearance.