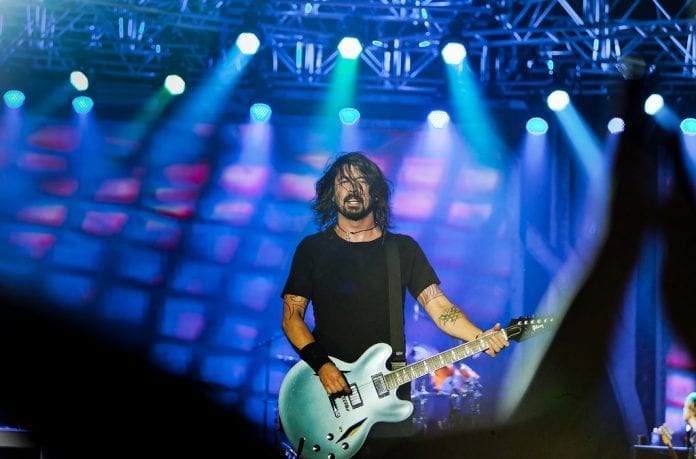 The Foo Fighters lead singer has been immortalised using the favorite multi coloured 80’s cubed toy on Instagram by user Giovanni Contardi. There’s a step by step video of the creative process as well as pictures of the Grohl portrait below.

This portrait of Dave Grohl was created with 725 Rubik’s cubes. Contardi claims to be a world record holder and has also created portraits o Gigi Hadid and Finn Wolfhard.

Back with the legend himself! Dave Grohl ~ 725 Rubik’s cubes. I’m currently working on my @patreon page…so that I can finally dedicate more time to these creations! More info coming soon! ✌️ Music by @lakeyinspired : https://m.soundcloud.com/lakeyinspired

Dave Grohl ~ 725 Rubik’s cubes. Seeing the Foo Fighters concert a few months ago here in Melbourne has been one of the most inspiring moments, and I was lucky enough to share the experience with @lisleroy. Whats one of your favourite FF songs? Mine is definitely “Rope”!

Grohl recently announced that he’s producing a brand new documentary series alongside his mother Virginia Hanlon Grohl based on her book From the Cradle to the Stage.

The book is a series of interviews with the mothers of Beastie Boys’ Mike D, R.E.M.‘s Michael Stipe, Pharrell Williams, Tom Morello and more about their experiences of raising children who later became famous rock stars.