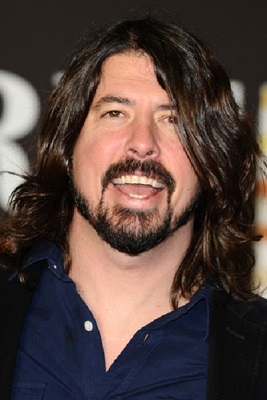 Dave Grohl features on a new solo song from Fleetwood Mac’s Stevie Nicks. The Foo Fighters frontman will play the drums in new single, ‘Show Them The Way’. The track is the first released from upcoming Nicks release, ‘24 Karat Gold; The Concert’.

Former Nirvana drummer, Grohl, will ‘don the skins’ to perform the track with Eurythmics’ Dave Stewart and backing vocalists Sharon Celani and Lori Nicks. Greg Kurstin, who co-wrote the song with Nicks, also performs on the track. Kurstin produced the most recent Foo Fighters album, ‘Concrete Gold’, in 2017.

Cameron Crowe, who directs the video to the new hit, revealed in a statement of his own that ‘Show Them the Way’ is “among Stevie Nicks’ best, most personal songs.”

“Within hours of hearing the song, we were already putting together the video about her ‘dream about a dream,'” he recalls. “‘Show Them The Way’ began as a poem and grew into one of her strongest musical tracks. It feels like both a gift and a fever dream about hope and promise. We finished the video on the full-moon with a whole lot of passion and excitement about immediately sharing it with the world right now.”

Grohl, who features on the drums, has collaborated with Nicks on many occasions before. The pair performed ’You Can’t Fix This’ on Letterman in 2013, when he stopped by to promote his directional debut, Sound City.

Nicks also dedicated a performance of “Landslide” to Grohl in 2015, after he broke his leg, falling from stage.

“I’d like to dedicate this to Dave Grohl. Falling off stage, getting up, and playing a two-and-a-half-hour set: I think that’s awesome.”

Stevie Nicks’ new album will release on October 30th. Meanwhile, you can catch Grohl perform with Foo Fighters at the upcoming #SOSFest. This festival is in support of independent music venues struggling amid the pandemic. The three-day virtual event will be held October 16th-18th.