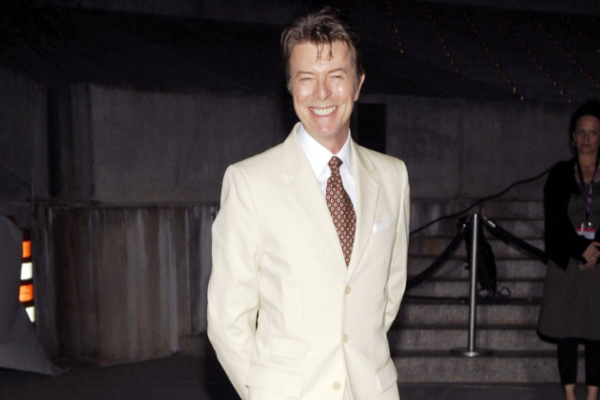 David Bowie has been named the most influential artist of the last 50 years, following his work in music, film and fashion.

This is a list recognising artists from across all categories of literary, visual, and performing arts. Other categories also include music, TV and film. The judging panel was also led by DJ and broadcaster Lauren Laverne.

The list was also created by Sky Arts, which ultimately awarded Bowie for his ability to transcend several mediums.

Fashion designers Vivienne Westwood, and the late Alexandra McQueen also featured on the list. Influential street artist Banksy also made to the list.

The list also included comedians Ricky Gervais and Victoria Wood. Another name to make the list was the singer Skin, lead singer of band Skunk Anansie. They were Glastonbury’s first ever black headliners in 1999.

“honoured to be chosen”

Speaking about the lists, broadcaster Lauren Laverne said that she was “honoured” to be chosen to regulate the artists.

She also paid tribute to Bowie, saying that crowning him number one was the “cherry on top”.

“I was honoured to be chosen to take part in this judging day for Sky Arts, as working with such a respected group of judges, I knew their conversations would be fascinating, and they were”, Laverne said.

“The judges took so much time and care with their scoring to ensure the Top 50, Top 20 and Top 10 lists were truly the best of the best in terms of influence, and the final list are artists that are so deserving of their places”.

“David Bowie coming in at number one was the cherry on top of a brilliant judging process, and it was great to be a part of it”.

Sky Arts director Phil Edgar-Jones whose daughter Daisy starred in TV series Normal People also added, “As our number one artist, we wanted to honour David Bowie in a way that would feel fitting to the scale of his influence”.

“The artwork that has been created by Joe Black honours the ways that Bowie’s influence transcends genres, through guitar picks with cut-out designs of music, art, stage and screen”.

David Bowie Had “a huge impact”

On top of this, a portrait of Davie Bowie was also made from over 8,500 place guitar plectrums. It also included a cut-out shape, symbolising all artistic interests Bowie was involved in.

“This portrait was created to celebrate David Bowie being named the most influential artist of the last 50 years”, artist Joe Black who created the two metre tall piece said.

“His visual representation had a huge impact across all of the arts worldwide”.

“The idea was to use thousands of specially designed plectrums, with each design representing one of the five artistic areas of Bowie’s creative life and influences – music, film, fashion, literature and art”.

“Bowie was a maverick and a global icon who initiated a new Bowie era in popular culture”.

David Bowie died from cancer in 2016, two days after his 69th birthday.

Earlier this year, a new version of the late singer’s ‘Starman’ was also released. See here.