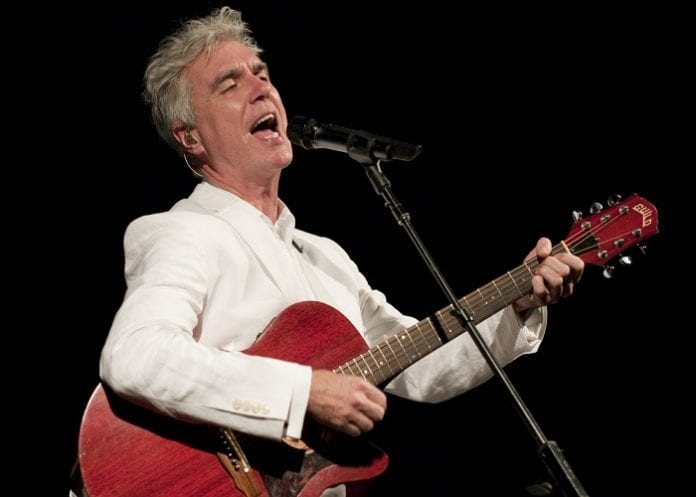 David Byrne announces his most ambitious tour since the ‘Stop Making Sense’ shows.

The ex Talking Heads frontman is due to perform a small number of shows in America and South America. As well as that, he is set to appear at European festivals next year including Inmusic in Croatia and Roskilde, Denmark.

The singer has promised a number of new songs, as well as the more familiar hits in his setlist.

“I’m excited. This is the most ambitious show I’ve done since the shows that were filmed for Stop Making Sense, so fingers crossed,” he wrote on Twitter.

A small # of east coast shows! We’ll be doing some new songs, & many others that will, I assume, be familiar. I’m excited. This is the most ambitious show I’ve done since the shows that were filmed for Stop Making Sense, so fingers crossed. Info @ https://t.co/B8YgcnekRv pic.twitter.com/ehQ41X1MyD

The musician also outlined an innovative visual approach for the show, which entails his band using mobile instruments,

“With everyone mobile, I realized the stage could be completely clear. If we could have the monitors in our ears, the amps off-stage and the lights up high, then we had the possibility of a completely empty space,”

Byrne hasn’t been on the road since 2013’s ‘Love This Giant’ tour with St. Vincent. The album collaboration of same name was also his last release.

Our Top Picks For Groove

THRILLER Is Making Its Way To Dublin