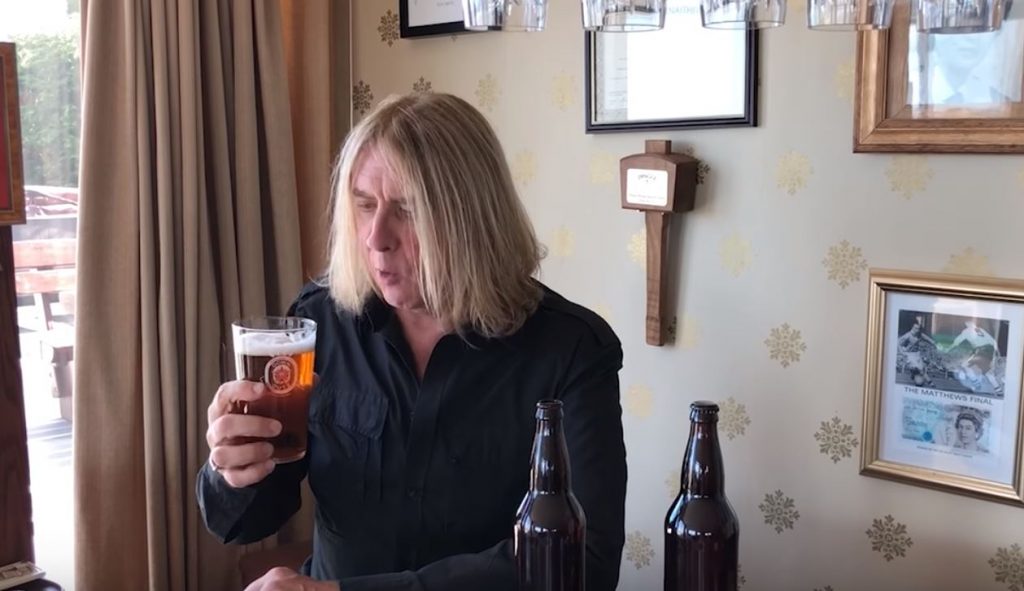 Def Leppard have added themselves to the growing list of artists engaging in the promotion of an alcohol related product. Fans will be able to sample the new beer during the band’s summer shows on the road with Journey. There’s a beer related promo for the new bevvy below…please drink responsibly.

According to Billboard, the band has teamed up with Seattle-based brewery Elysian to produce a new brew they’ve called Def Leppard Pale. It due to hit the market on May 23rd, conveniently just after the tour starts. The 6 percent beer is set to be available for purchase ‘at most stops,’ as well as a host of bars and restaurants in towns near their shows.

Singer Joe Elliott has assured potential drinkers that ‘it tastes great’ and could be his ‘new normal to have … in the fridge.’ Elysian, CEO and co-founder Joe Bisacca described the company’s aesthetic as ‘not ballad-y … not a quiet love song — it’s hardcore rock.’ Bisacca said working with the members of Def Leppard represented an opportunity to blend two different types of beer.

‘The best of British beer is the malt body and that beautiful malt balance. And the best thing about American beer is the citrus, piney hops. So we’ve taken those two aspects, put them together and come up with a beer you can actually drink a few of — 6 percent ABV you can drink all night long.’ Cheers.