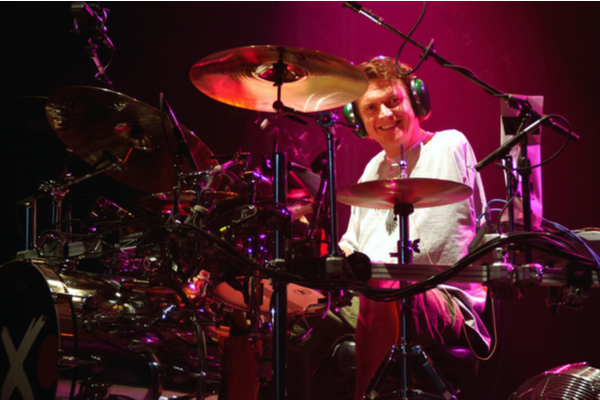 Rick Allen is confident that Def Leppard’s Stadium Tour will take place this Summer “for sure”.

This stadium tour is to see Def Leppard join up with Poison, Motley Crue along with Joan Jett & The Blackhearts. The tour was initially scheduled for 2020, before being moved to 2021.

It will now begin in June 2022, with the first show taking place on June 16 in Atlanta.

“I think the way concerts are being run these days, there’s no reason why we can’t go forward. But it’s a moving target. So let’s just hope we’re on track”.

On the details of the tour itself, Rick Allen revealed that no major changes have been made to the “Stadium Tour”.

“We basically just superimposed everything that we’d done — all the hard work that we’d done — to the next year”, he said. “This is two postponements and third year. So let’s hope three’s the charm”.

When the tour was postponed for the second time last Summer, Rick Allen felt that this was the correct decision all round.

“I think the primary focus has gotta be people’s health and well-being”, Allen stated last May.

“So I understand why they made that decision. I think if we had gone out [in 2021], it may have been a bit more of a patchwork of a tour as opposed to being able to play the whole thing from start to finish. So, it’s a bummer, but here we are”.

On being unable to perform in the US until 2022, Rick Allen also added, “We’re really bummed, ’cause, obviously, we wanted to get out there”.

“It’s been a long time. And I know — our fans are so loyal. It’s incredible. The fact that we got the largest vote for the [Rock And Roll] Hall Of Fame — the fan vote. So our fans are just particularly special; I mean, they’ve always been a rock. So I feel for them. And I feel for us. But I just want people to come out and be safe”.

This tour will see all four bands joining forces on stage for the first time. Poison and Crue had toured together in 2011, while Def Leppard performed with Poison for a string of concert dates in 2017.

The Stadium Tour had already grossed $130 million, having sold 1 million tickets as of 30 January 2020.  That does not even include the $5million sold in VIP seats, according to Billboard’s report.

Speaking of tours, Def Leppard’s Joe Eliot recalled his memories of an “unbelivably exciting” tour with AC/DC from 1979. More on this here.