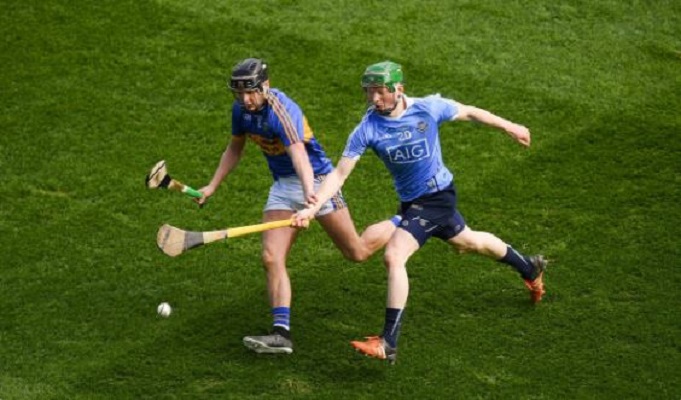 Despite being reduced down to 14 men Tipp have cruised in the Allianz Hurling League quarter-final. Dublin’s early start faded away and it became all too easy for Tipperary.

After a slow beginning, Tipperary were in a different class to Dublin when it was most important. Tipp’s Padraic Maher led the defence excellently earning him a man of the match award, while John McGrath and Jason Ford were tremendous in attack.

Goals from McGrath and Michael Breen helped their side secure a 2-25 to 0-20 win against Dublin at Croke Park.

Tipperary’s two goals are making the difference at HQ as they take a 10 point lead into the final few minutes. #AllianzLeague #GAA pic.twitter.com/KGOxbEXjt9

Ronan Maher was sent off for two yellow cards in the first half. Tipperary will now face Limerick in the final. Dublin will be looking forward to getting their Cuala set back into their ranks as soon as possible, while they suffered a blow to learn they may not have the services of Paul Schutte.