Home News Loudspeakers To Be Installed At Dublin ‘Brownspots’ To Warn Dog Owners Of... 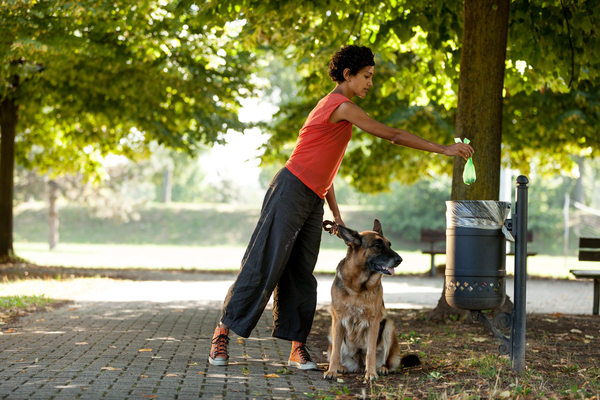 Loudspeakers issuing warnings to dog owners over littering are to be installed in Dublin brownspots, to encourage them to scoop the poop. It is part of a new awareness campaign by the city council, Dog Poo, It’s Everybody’s Business, as complaints rise.

DCC’s ongoing campaign hopes to highlight the ongoing issue in our public parks and open spaces, “as dog poo affects the whole community”. Behaviour & Attitudes for Dogs Trust researched 1,003 people and revealed complaints were up nearly 27%, with 51% coming across dog poo in their local park. 77% claimed to have walked in poo on the street, while 51% walked it into the house. However, the study recorded 96% of dog owners who claimed they really do pick up after their pet goes #2.

The council revealed during the campaign’s launch of phase two that residents have been contacting their local representatives to complain. People feel that this is an ongoing issue in their area and complaints have risen over the past 12 months. To tackle the issue, city councillors set up a working group to study the issue of dog fouling across the city. The new team of pooper troopers will look at many solutions on how to irradiate this “unhealthy and anti-social behaviour”.

Audio devices will be installed in a number of locations in the city to encourage owners to clean up afterwards. Adverts on tv and radio, as well as a host of outdoor and digital adverts, have been created for Dog Poo, It’s Everybody’s Business. Phase two of the campaign will begin from this week in Dublin city for a two-week period. Persecutors can be fined €150 under the Litter Pollution Act if they fall foul and ignore cleaning up after their animal.

Council have said the aim of this new campaign is to “highlight the ongoing issue” and encourage owners “to act responsibly”. They encourage owners to pick up after their pet has done its business, “as dog poo affects the whole community”.

Lord Mayor of Dublin, Cllr Hazel Chu, added this has become a “major issue” in recreational spaces in the city. She said, “There are some people in our community who are more at risk of coming into contact with dog waste and putting their health in danger, such as wheelchair users, visually impaired people, babies and toddlers.

“Whether you own a dog or not, dog poo in our public spaces affects the whole community. I am appealing to all dog owners in the city to act responsibly and pick up after their dog as dog waste affects everyone.”

Bernie Lillis is urging dog owners to pick up the mess while using a poo bag or a scooping device. The Dublin City Council’s Litter Prevention Officer wants owners to then dispose of it in the nearest litter bin or take home to their general household wheelie bin. She hopes this can keep our leisure spaces in check and “make sure they are clean and safe for them to use and so that we can all stay healthy”.

Dog excretion can lead to Parvo, a potentially fatal disease which transfers between dogs, although it can lead to toxocariasis in humans. With an estimated 23 million faecal coliform bacteria per gram, these can cause cramps, diarrhoea, intestinal illness, and kidney disorders. Their poop can contain nasty bacteria such as E-coli and parasites like roundworm, who’s larvae can cause loss of vision.

According to Kingdom Service Group, the Toxocara Canis parasite lives in dogs’ digestive systems, using dogs as hosts. Parasites lay eggs, which are then released via the infected faeces and can remain active in the soil for many years. If the eggs are then ingested by someone, for example a small child, they may hatch into larvae and lead to toxocariasis.