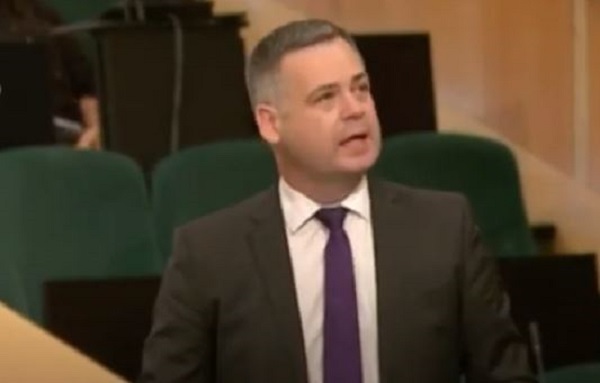 The Government has been criticised by Sinn Féin for “rewinding the clock” to tax those who received the Pandemic Unemployment Payment (PUP). Sinn Féin’s finance spokesman Pearse Doherty has said people who have been on the PUP could have to pay up to €1,470. The comments came after the government decided to retrospectively tax the support, which was introduced in March.

“Never have I, as somebody who’s been dealing with Finance Bills for 10 years, seen a situation where there is retrospective taxation where you go back in time and actually say payments that were paid out, which were tax exempt under the law, are now taxable.

“The question is why would you do this,” Mr Doherty asked. “Why would you actually breach a principle that is enshrined in tax law right throughout the world?”

The Oireachtas Finance Committee in which Mr Doherty has a seat in, voted through a section of the Finance Bill, stipulating that the PUP is subject to income tax.

Mr Doherty believes the government cannot go back and take a tax a payment that was paid. He believes that it should not be done because it was not done to the banks that exploited our country.

Doherty: PUP should only be taxable from August

Mr Doherty agreed that the payment is taxable from August, when the PUP was placed on a statutory footing but, could not be subject to tax before then.

“The legal position is that from the 13th of March up until August, this payment was an urgent needs payment. The Finance Bill of 2018 makes it clear that urgent needs payments are not taxable. The government can’t have it both ways,” said Doherty, speaking to Newstalk Breakfast.

Finance Minister Paschal Donohoe spoke at the Finance Committee on Monday. He said that it was always the Government’s intention for those on the PUP to pay income tax but not PRSI or USC.  He said that he had made this clear in the Dáil in April.

“I want to make clear from the very start the intention of the Government that these payments would be taxed and treated in the same way as we tax other equivalent social welfare payments. I point members of the committee to the Dáil answer I gave on 17 April on this matter.”

You can read the full transcript here.