Home Music News Musicians And Other Artists To Get €325 Per Week In Universal Basic... 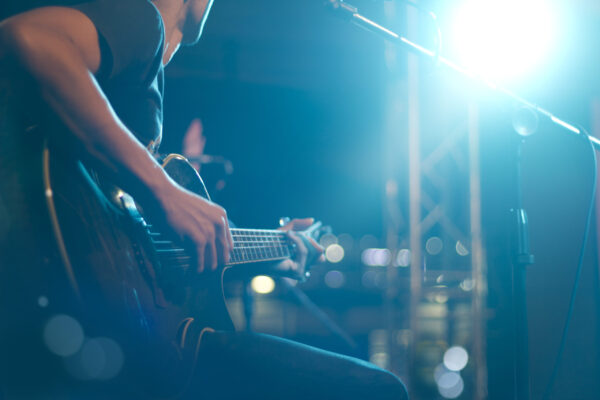 Musicians and other artists got a boost last night. The Government appointed Arts and Cultural Recovery Taskforce has backed a proposal for a pilot Universal Basic Income (UBI) for the arts sector. The proposal is based on the minimum wage of €10.20 per hour for 31.9 hours per week, giving a total of €325.38.

The idea is that people working in the arts, culture, audiovisual, performance and events sector, would receive this sum as a basic wage and then be able to earn money on an ad hoc basic on top of that.

An artist, writer, dancer or musician’s work life is always precarious. Work comes and goes and in the pandemic, work disappeared altogether.

The taskforce was set up by Catherine Martin, Minister for Arts and Culture. It was asked to make recommendations that would help the arts sector survive through the pandemic and out the other side. The arts sector – live performance especially – will be amongst the last sectors to open back up again in a post-pandemic recovery.

The taskforce was chaired by Clare Duignan who said that the arts sector is “unravelling”.

Minister Martin said that there was strong backing for the recommendations, including the Universal Basic Income idea. The payment would be in lieu of other social welfare payments. The taskforce recommended that the pilot scheme should run for three years.

What is Universal Basic Income?

Universal Basic Income (UBI) is a scheme by which every adult citizen in a country receives a basic wage from the State. The idea is that UBI would replace all other forms of social welfare that need lots of adjustments and oversight. The hope for such schemes is that they would alleviate poverty. Everyone would be able to afford the basics and so everyone in society would be able to live rather than just exist. The idea is not without its detractors. Some say that it would just lead to inflation of housing and other costs and that it would just leave some people taxed very heavily to pay for it.

Has Universal Basic Income Been Tried Before?

Only a few countries have tried UBI out in small scale pilot schemes. Kenya adopted it during the pandemic and it worked well to help people survive there. Iran tried it for a short period, as did Mongolia. The coronavirus pandemic has changed everything, however. There have been calls for UBI to be piloted in many countries as vast numbers of people became unemployed worldwide due to Covid-19.

Black Sabbath’s Paranoid Had Such An Impact On My Career –...