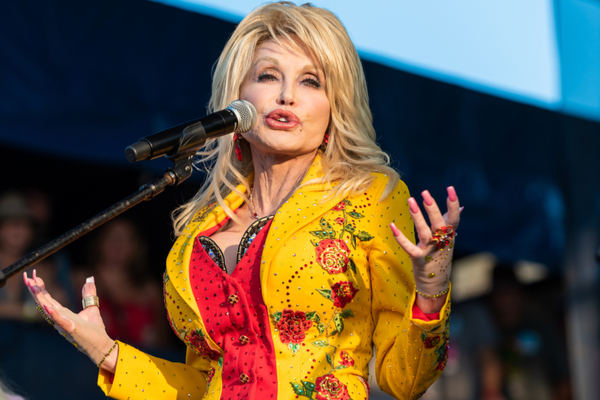 Dolly Parton’s stock as a rock star has been given further weight, as her cover of Stairway To Heaven has just gone viral.

The cover itself was recorded in 2002. However, it has gone viral at a time when many people, including Parton herself have questioned whether her inclusion in the Rock and Roll Hall of Fame was justifed.

The country star had initially ruled herself out of the running for the Hall of Fame, feeling that she was unworthy of such an induction.

However, Parton has since had a change of heart, saying that she was thrilled at her inclusion. She also insisted that she “never meant to cause trouble” by initially turning it down.

“I am honoured and humbled by the fact that I have been inducted into the Rock & Roll Hall of Fame”, Parton said. “Of course I will accept it gracefully”.

“It was just always my belief – and I think millions of other people out there too – always thought the Rock & Roll Hall of Fame was just set up for the greatest people in the rock ‘n’ roll business”, she added.

“I just didn’t feel like I really measured up to that and I don’t want to take anything away from the people that have worked so hard,” she added. “I found out later that it’s far more than that, obviously… I’m very honored and humbled by [the induction], and so I’ll try to live up to it”.

Not The First Parton Rock Cover

Parton’s cover of Stairway to Heaven which you can see below, is not the first time that the country star has released a cover of an iconic track from that genre.

She included the track on her 44th studio album Blue Smoke. The same year also saw Parton perform the track with Bon Jovi guitarist Richie Sambora at London’s O2 Arena, a show which was headlined by Parton. Sambora and Parton also performed the track two days later at Glastonbury.

Dolly Parton has also recorded tracks for artists of such ilk like REO Speedwagon, Elton John, Bob Dylan, The Beatles and Neil Young.

She has even performed a medley, which includes Don McLean’s American Pie.

Paul McCartney’s New Album Has Been Delayed By A Week