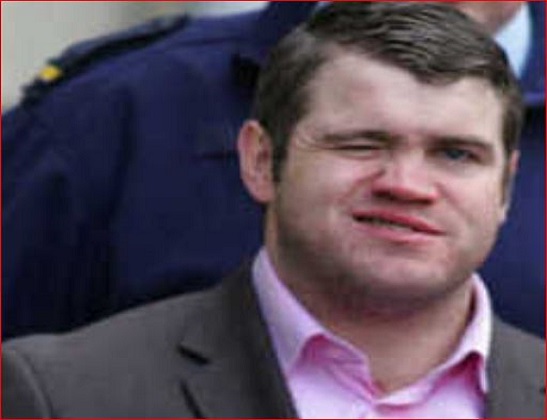 Brian Rattigan, a well-known criminal from Drimnagh in Dublin, has pleaded guilty to the manslaughter of Declan Gavin in August 2001. His 2009 murder conviction was overturned on appeal and his plea to the lesser charge was accepted by the DPP this morning.

Declan Gavin was stabbed to death outside Abrakebabra in the Crumlin Shopping Centre in the early hours of August 25th 2001. His killing was the first in what was to become the Crumlin-Drimnagh feud – a gangland feud that would claim 15 more lives.

In 2009, a jury found Brian Rattigan guilty of Mr. Gavin’s murder but his conviction was overturned by the Supreme Court last December. A retrial was ordered for early next year but when he was arraigned this morning, his plea to the lesser charge of manslaughter was accepted.

His barrister Brendan Grehan told the court his client wanted to say sorry to the Gavin family and anyone else hurt by his actions. His sentence hearing will take place in December.

Mr. Rattigan is still serving a sentence for organising a €1m heroin deal from prison, but he has also appealed that conviction and is awaiting judgement.

Dublin criminal Brian Rattigan has opened an appeal against his conviction – the first of its kind – for directing a €1 million euro heroin deal from prison pic.twitter.com/PT0cj82mrI