A group reportedly armed with batons are understood to have been terrorising young Dublin teenagers.

Last weekend, one teen was left badly injured after an incident that allegedly took place near Griffith Park in Drumcondra. 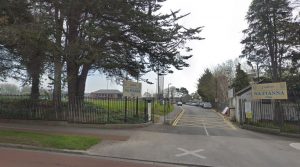 On Sunday a number of young teenagers had their bike and mobile phones stolen and when one of the teens refused to hand over his bike, he had his jaw and eye socket broken.

Dublin Live reports that thefts like these on young people in north Dublin have become so bad recently that councillor Caroline Conroy has organised a community meeting.

The meeting will discuss how the community can stop bike theft, Councillor Conroy said: “The meeting about bike theft takes place on Tuesday at 7:30pm. That reported incident is awful.”

She added: “This is why I organised the meeting, this matter is not being taken seriously. I hope the victims involved are okay and get their things back.”

Abortion Legislation Passed In The Dáil