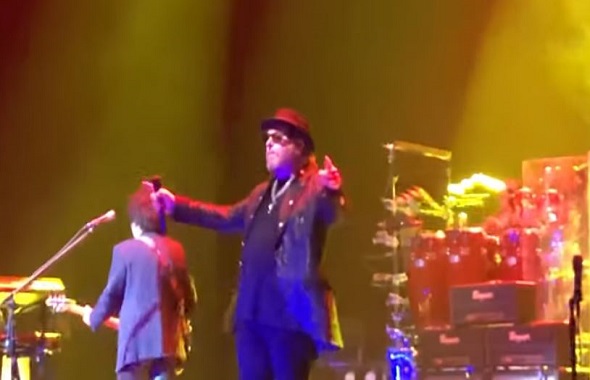 Toto completed the last show of their 40 Trips Around the Sun tour at Philadelphia’s Metropolitan Opera House on Sunday night.

Rolling Stone reports that guitarist Steve Lukather, claims it’s going to be their last show for quite some time. Lukather told The Morning Call earlier this month

“I don’t know what the future-future’s gonna be, but I do know that’s gonna be the last show in Philly for the foreseeable future and certainly the end of this configuration of Toto.”

The band have been playing without keyboardist David Paich throughout the past year due to health problems.

However he made a surprise appearance when for their Los Angeles show in September. Paich appeared again near the end of the Philadelphia show to perform “Africa.”

Status Quo to launch their own beer

Kurt Cobain’s Final Days To Be Turned Into An Opera