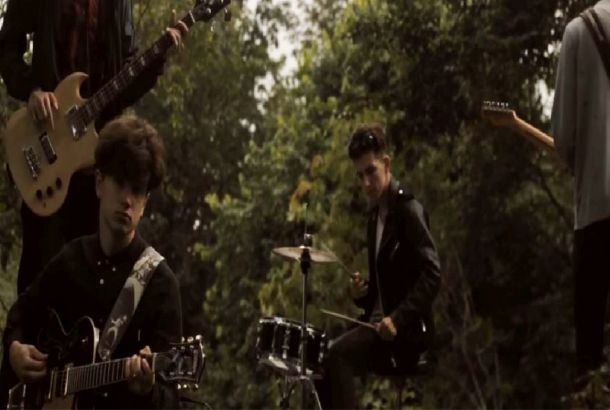 Dublin’s finest synth rockers Inhaler will play Upstairs in Whelans on Saturday, 8th September 2018 Tickets €11 inclusive. The band will also be playing Electric Picnic 2018 at the Other Voices stage on Saturday, September 1st.

Formed in 2016, Inhaler is a four-piece rock and roll band from Dublin featuring Josh Jenkinson, Robert Keating, Eli Hewson and Ryan Mcmahon. Inspired by artists such as joy division, and the stone roses, inhaler hope to be able to bring rock and roll to the masses. Hotpress had this to say about one of the Dublin rocker’s gigs, “When dreamy synth rock four piece Inhaler took the stage at the Button Factory on Wednesday night as part of the industry-led event Garageland the crowd, mostly comprising of teenage girls, reached fever pitch.”

Now, Inhaler has announced a headline show for upstairs at Whelans this September. Playing original material inspired by the likes of Joy Division and Echo and the Bunnymen, they played their first gig in the Grand Social, in Dublin, and have moved on to play other venues in the area such as The Workmans Club and the Button Factory a number of times.

Their first single ‘I Want You’ was released in January of 2017 and a B-side ‘She’s my girl?‘ (Demo)  was also released following the single being uploaded onto streaming platforms.  After a slightly dodgy encounter with the Leaving Certificate, ‘The Inhalers’ have planned a number of gigs for the coming months and are in the process of recording more music to be released very soon.

The band are being chased by US and UK labels and while the presence of Bono’s son, Eli Hewson is a plus, the band are making waves based on their rep alone. U2 fans will also recognise Eli from the cover of their album, Songs of Experience. He is pictured holding hands with the Edge’s daughter Sian, something the teenager is “proud” to be a part of.

Speaking to The Sun, Eli expressed their desire for the band to make it on their own merits, “It is a risky business, we knew that going into it, but I couldn’t see myself doing anything else. I think as a band, we fit together so well – and every time we play together, we just know we want to do it. Obviously, I’ve been around music since I was born, but I only really got into rock ‘n’ roll when I was 13. We really believe in our music, connections are gonna come into play, but that can only get you in the door once.”