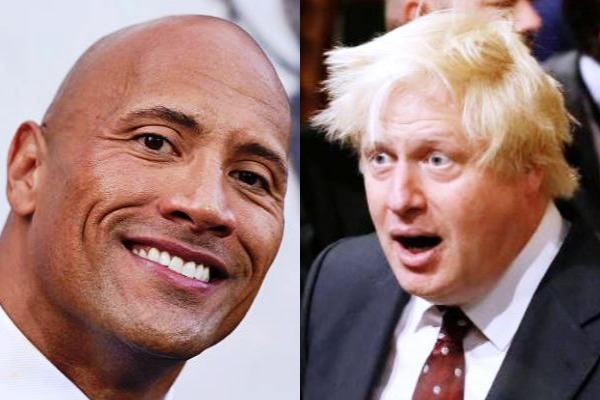 Dwayne Johnson a.k.a. ‘The Rock’ has reassured fans that he is not related to Britain’s new Prime Minister.

Earlier this morning, the Hollywood star said he and Boris Johnson were cousins.

However, following a backlash from his followers, The Rock later said maybe ”they’re not related” after all.

Dwayne Johnson revealed he doesn’t know Boris Johnson, and rowed back on their family ties after learning more about him.

In typical Rock sarcasm, the movie star decided to run with a joke. He said: “Yes, absolutely. And he’s family, by the way. You don’t know that, now all of Britain knows.”

Laughingly, King responded: “He’s family? Who knew?”. The former WWE wrestler revealed: “He’s my cousin. It’s like looking in the mirror. ‘Every time I see Boris.”

After a deluge of disdain for such a dreadful prospect via social media, the American Johnson then distanced himself from any allignment to the British Johnson via twitter.

”Well according to the people, maybe we’re not related after all. Big mahalo to my people who I can always rely on to give me the real talk and swift perspective & education on the individual I did not know. Tequila on me, Britain.”

Behind The Mask – Marty’s Masked Ball – A Gallery!