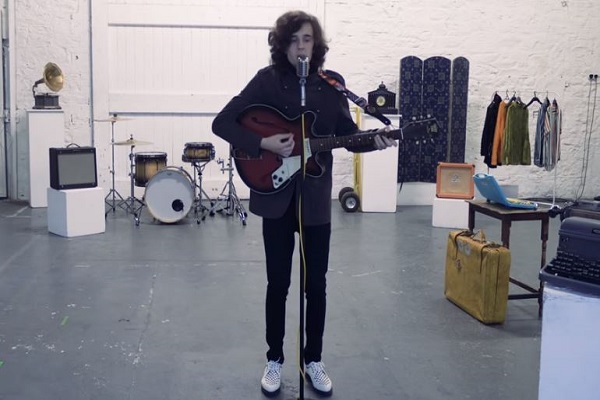 Back in 2010 when Radio Nova had just started, Presenter Pat Courtenay was on the hunt for up-and-coming talent.

That was to showcase new band’s for the Breakfast Show he was presenting at the time. With the diverse talent that Dublin streets have to offer, our music-loving DJ figured buskers were the best place to start.

On a stroll down Grafton St, Pat noticed a large crowd surrounding a 12-yr-old lad playing Status Quo on a guitar. The young musician aka Dylan was wielding a left-handed Fender Telecaster.

It later transpired that it had been handcrafted for him by the man who customised Status Quo’s guitars! Not only that, but Dylan had got the special axe signed by the band when he was their guest at a gig in Birmingham.

Dylan told Pat how he got the custom guitar signed by the band:

“When I heard about Jamie Davey making Quo’s guitars I wanted one of my own. So that’s how I met Jamie and he was kind enough to hook me up with Quo! The story goes Rick Parfitt texted Jamie and told him to bring me to a show in Birmingham in 2011.”

Pat made sure to get Dylan live on Nova as soon as possible and the two have stayed in touch ever since. Thanks to Pat, Dylan has been getting some of his new music played on Nova recently.

Now, Dylan has just revealed that he’s scheduled for a well-deserved appearance on tonight’s Late Late Show! Dylan will also be on live with Pat on his Drivetime show next Monday afternoon.