A major development project at Dublin Port has been given the green light.

An Bord Pleanala has given the go ahead to a €320 million development which will see capacity doubled, and includes a new jetty and the lengthening of an existing river berth.

A new public “heritage zone” at the east end of the port with a viewing deck and a small performance space below is also included in the plan.

It said it would consolidate the port’s monopoly on the island, marginalising regional ports in the process.

It claimed the decision ignores the reality of Brexit and will greatly damage Ireland’s most successful urban regeneration.

The forum also thinks the development will put a strain on local infrastructure adversely impacting the lives of those living and working in Docklands. 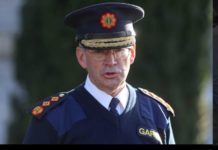