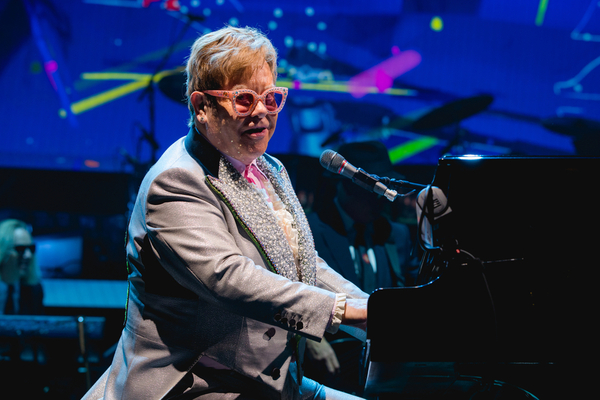 Elton John’s Farewell Yellow Brick Road Tour is to become the subject of a new documentary.

The film, titled Goodbye Yellow Brick Road: The Final Elton John Performances and the Years That Made His Legend, will also be exclusively available to Disney+.

It will also be co directed by Elton John’s husband Favid Furnish and RJ Cutler.

Along with his farewell tour, the film will also explore Elton John’s career between 1970 and 1975, a period which saw the music icon release 10 albums, along with writing some of his famous hits. Such tracks also include ‘Your Song’ and ‘Rocketman’.

Along with handwritten journals, and present day footage of himself and his family, the film will also feature some unseen concert footage from the last 50 years.

“what a thrill and an honour”

Releasing a statement, co-director RJ Cutler said that it was a “thrill and an honour” to work with the music legend Elton John.

“What a thrill and an honor it is that David Furnish and I get to create this intimate and unique look at one of the world’s most celebrated artists”, he said.

“As it has for so many others, Elton John’s music has had deep meaning for me for decades, and this opportunity is nothing short of a career highlight and privilege”.

“Elton and I could not think of a better collaborator than R.J. Cutler for a film that represents more than just Elton’s career — it’s his life”, he said.

“From the Troubadour to Dodger Stadium, we knew that R.J. would help guide Elton’s story and its many layers in a way that feels authentic and evocative. We’re ecstatic to be working together”.

Back in March, Elton John marked his 75th birthday, a milestone he feels “incredibly luck” to celebrate. More on this here.

Peter Jackson On The Beatles’ Failed Lord Of The Rings Attempt