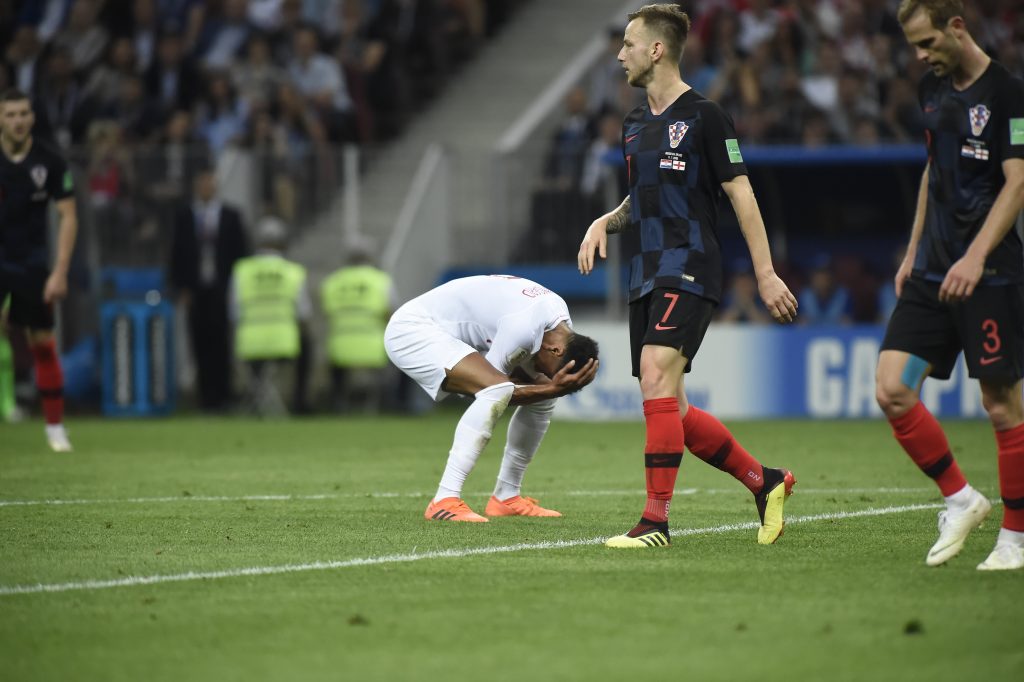 England have suffered World Cup heartbreak at the semi-final stage.

Gareth Southgate’s men went down 2-1 to Croatia after extra-time in Moscow.

It was Mario Mandzukic’s goal in the second period of extra time the saw Croatia seal the deal.

It was England who opened the scoring with a fifth-minute free-kick, only for Ivan Perisic to level midway through the second half.

But it’s Mandzukic’s strike that sets up a repeat of the pairing from a 1998 semi-final.