The luminous life of the ultra colourful and always entertaining Frank Worthington is being remembered by the good and great after the former footballer’s passing at the age of 72.

Capped a remarkably few eight times by England the nimble footed forward died peacefully in hospital in Huddersfield on Monday evening following a long illness, his family announced in a statement.

Often described as a hero to many working class football fans, Worthington represented more than 20 clubs in an incredible diverse and lengthy playing career that began in 1966.

Former Leicester, Tottenham and England striker Gary Lineker was just one of many noteworthy football figures who expressed their deep sadness at his passing.

Worthington’s wife Carol paid tribute to the much-loved football showman, who died in hospital in Huddersfield.

“Frank brought joy to so many people throughout his career and in his private life, He will be greatly missed by everyone who loved him so much.”

Unashamedly non-establishment, Worthington hit the headlines as much for his off-field exploits as his rarefied talents on it.

Once described by former Huddersfield and Bolton manager Ian Greaves as “the working man’s George Best”, Worthington played in 22 consecutive Football League seasons from 1966, scoring 266 goals in 882 appearances in all competitions.

In 14 of those campaigns he played in the top division, notching 150 goals in 466 matches, and won the Golden Boot award in 1978-79 as the leading scorer ahead of Kenny Dalglish and Frank Stapleton.

Worthington’s former clubs were also quick to pay their respects on social media. Huddersfield tweeted: “Everyone at #htafc is devastated to hear of the passing of Town legend Frank Worthington. Our thoughts are with his family and friends.”

Leicester posted: “It is with great sadness that we heard the news of the death of Leicester City legend Frank Worthington, who passed away on 22 March, 2021.”

Bolton tweeted: “It is with great sadness that Bolton Wanderers has today learned of the passing of club legend Frank Worthington. Our thoughts and prayers are with his family and friends.”

Birmingham posted: “The club is saddened to learn of the passing of Frank Worthington aged 72. All of our thoughts are with his family and friends at this difficult time.”

England also paid tribute, with a message on the national team’s Twitter account reading: “We’re deeply saddened to learn that Frank Worthington, who represented the Three Lions eight times in 1974, has passed away at the age of 72. “All of our thoughts are with his family and friends.”

Frank Worthington RIP. Maverick with magic in his boots, full of tricks & goals, juggling ball over Ipswich defence and volleying in for #bwfc, dancing across muddy pitches. #htafc #lcfc legend. Mad he got only 8 #eng caps (2 goals). Thoughts with Frank’s family & friends. #elvis 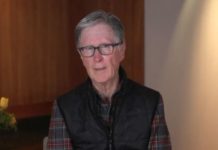 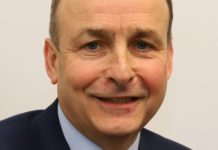