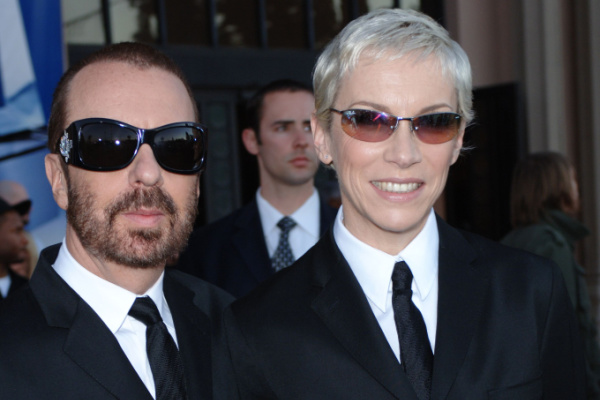 Eurythmics have been allegedly offered £100 million to reunite for a major world tour by US promoters.

The duo who are made up of Dave Stewart and Annie Lennox were reportedly offered vast amounts of money to return for a major tour, following their rare performance at the recent Rock and Roll Hall of Fame awards.

The 80s pop duo were one of the awards’ inductees, along with Duran Duran, Lionel Richie, Dolly Parton, Judas Priest, Carly Simon and others.

Since then, a source has claimed that the pair have been offered £100 million, to perform a major 40 date tour. This would be their first live tour in 20 years.

“Eurythmics have been offered a huge amount to reform for a world tour”, a source claimed.

“Seeing them perform together again at the Rock & Roll Hall of Fame has really stirred the interests of promoters who are throwing money at the band to hit the road again”.

They also added, “Nothing is off the table, including a brand new studio album. It is very early days but everyone is excited to bring the project to life”.

Representatives for Eurythmics have yet to comment on the matter.

Speaking of the Hall of Fame, fellow inductees, Duran Duran announced a UK and European Tour for next year, which will see them also perform at Dublin’s 3Arena.

They will also perform in London, Manchester, Leeds and Birmingham. More on this from Nova here.