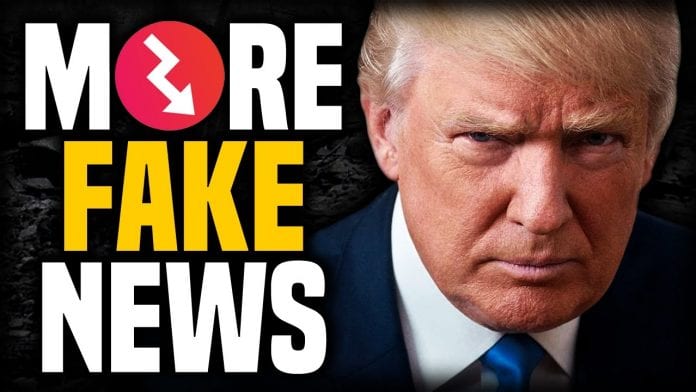 The term “fake news” has been named the Word of the Year for 2017 by experts from Collins Dictionary.

A favourite of President Trump’s, its usage has risen by 365% since last year. However Trump didn’t come up with the term fake news.

It’s been used for years in news satire shows but then started to be applied to false malicious news stories around 2005.

Then came the 2016 US presidential election and the rise of websites broadcasting fake news and Trump jumped on the term.

Cuffing season – noun: the period of autumn and winter, when single people are considered likely to seek settled relationships rather than engage in casual affairs

Echo chamber noun: an environment, especially on a social media site, in which any statement of opinion is likely to be greeted with approval because it will only be read or heard by people who hold similar views

Fidget spinner – noun: a small toy comprising two or three prongs arranged around a central bearing, designed to be spun by the fingers as means of improving concentration or relieving stress

Gender-fluid – adjective: not identifying exclusively with one gender rather than another

Gig economy – noun: an economy in which there are few permanent employees and most jobs are assigned to temporary or freelance workers

Insta – adjective: of or relating to the photo-sharing application Instagram

Unicorn – noun: (1) an imaginary creature depicted as a white horse with one long spiralled horn growing from its forehead, regarded as symbol of innocence and purity (2) a recently launched business enterprise that is valued at more than $1bn.

Definition of fake news from the Collins English Dictionary