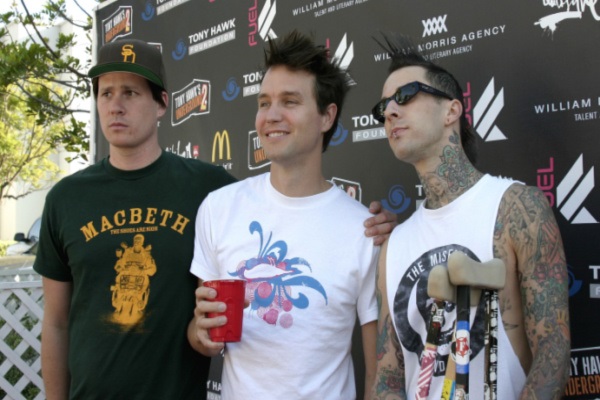 Tickets for the Blink-182 world reunion tour went on sale, and fans have given their reactions.

Earlier this month, the band announced a major reunion tour, which would see Mark Hoppus and Travis Barker reunite with guitarist Tom DeLonge for the first time in almost a decade.

This tour will also see Blink-182 take to the stage for some live shows across Latin America, before taking their tour across North America.

Blink-182 will also be taking in shows at Belfast’s SSE Arena and Dublin’s in September 2023. You can still purchase some tickets online here.

While some fans were rejoicing in gaining online access to tickets, others were understandably heartbroken for missing out on such an opportunity.

“WHY WAS IT EASIER TO GET HARRY TICKETS THAN BLINK TICKETS”, one fan wrote.

While another disgruntled fan added, “Missing out on Blink 182 tickets has already ruined my week”.

Missing out on Blink 182 tickets has already ruined my week pic.twitter.com/D4XPVniW2k

Another wrote, “Right I’m gonna spend the next full year crying that I couldn’t get Blink 182 tickets”.

However, there were some good news stories. As one fan who obviously got tickets explained.

“I was frantically trying to get blink 182 tickets for almost an hour and @O2. Priority saved the day”, they wrote.

I was frantically trying to get blink 182 tickets for almost an hour and @O2 Priority saved the day 😭✨ pic.twitter.com/DlpE4V8XkM

Another fan whose Twitter account is named Laura, revealed that she managed to get tickets for the Blink-182 gig in Manchester.

This news regarding Blink-182 comes a matter of months after band member Mark Hoppus revealed that he was given the all clear, following cancer diagnosis 18 months ago.

“I have so much to be thankful for today”, Hoppus wrote last November “This photo is from June, halfway through chemo, no idea if it was working or not, relegated to the bathroom floor, retching”.

He also added, “If I ever complain about something trivial or unimportant, please show me this photo to remind me of how bad things can be, and how truly blessed I am”.

Podcast: May 16th to May 20th in Music History With Marty...