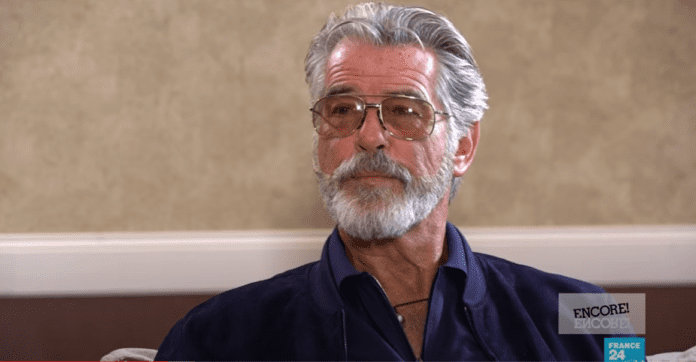 Hollywood actor, Pierce Brosnan is starring in a new Tourism video series that showcases all things beautiful about Ireland’s landscape.

The video is to highlight the wonders of the country. It is teaming up with the Irish Film and Television Academy to produce a series called #FillYourHeartWithIreland, highlight all thats beautiful about Ireland.

“What’s not to love about Ireland?”

Brosnan left Ireland at 11 years old.  In the video, he pays tribute to his native Navan and Kerry in particular.

The former James Bond star said, “What’s not to love about Ireland? This tiny island has shown the greatest gift of poetry and storytelling”.

Brosnan continues, “I love the Kerry coastland, I love the ring of Kerry. My father Tom Brosnan was a Kerryman, so I try to go back there as often as I can”.

Adding, “What do I miss about Ireland? It’s the people. The sheer stamina and life force of Irish people from this great, beautiful landscape”.

“I’m a Navan man, in Co Meath, I left Ireland when I was a boy, I was 11. So, over these many decades now going back there’s always something great to discover”.

Here’s a hilarious clip featuring Brosnan alongside the late Robin Williams in the film Mrs Doubtfire in 1993.

“Keep the beauty of Ireland to the fore”

We all know that Ireland’s tourism industry is facing a challenging time at the moment. This campaign hopes to keep Ireland at the forefront of holidaymakers’ minds when travel restrictions ease.

Director of Markets for Tourism Ireland, Síobhan McManamy said, “It (the series featuring Brosnan) will be seen by our fans and followers on social media around the world, allowing us to keep the beauty of Ireland to the fore”.

McManamy also added that this will hopefully encourage people to visit Ireland in the future.

“While we may not be able to travel just now, this video will inspire people for their future visit”.

The CEO for the IFTA, Áine Moriarty was “delighted”  to team up with Tourism Ireland for the video series starring Brosnan.

She said, “Ireland has given so much to international film: our wonderful actors, filmmakers and spectacular filming locations. The Academy is proud to help showcase our beautiful country to the world”.