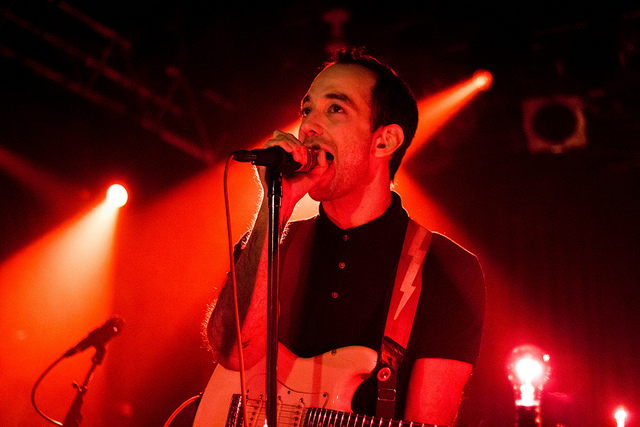 The former Strokes man Albert Hammond Jr. will be releasing his new album Momentary Masters on July 31st on the Vagrant and Infectious label. Hammond’s previous solo EP AHJ was released on Julian Casablanca’s record label Cult Records, back in 2013.

Hammond spoke recently with NME about the decision , saying it’s not such a big deal “No, I guess I just felt the album needed a different home, nothing weird or anything,” It seems that he just wants a change of scenery for his new music.

Hammond also spoke about some of the inspiration behind the new album, citing poet Anne Sexton as a major influence “From reading her, I got into this idea of having a shadow,” he said. “An alter ego who you might pretend doesn’t exist, but who you have conversations in your head with anyway, and how you can’t throw away part of your personality just to be accepted as a whole.”

The guitarist reassured us that despite this, the album is still quite upbeat “What I’m describing sounds very serious, but it’s more subtle than that – the record is actually very danceable and fun!”. Hammond also described the album as a retrospective look back “a love letter to my past self”. He added: “I feel like the best songs I’ve written… But in that split second that it comes, that feeling goes”.

Yesterday Hammond released a new track off the upcoming album called ‘Losing Touch’ which he recently debuted at The Primavera Sound Festival In Barcelona. You can listen to the full track here

Putin’s Invasion “The Act Of A Gangster” Says Roger Waters