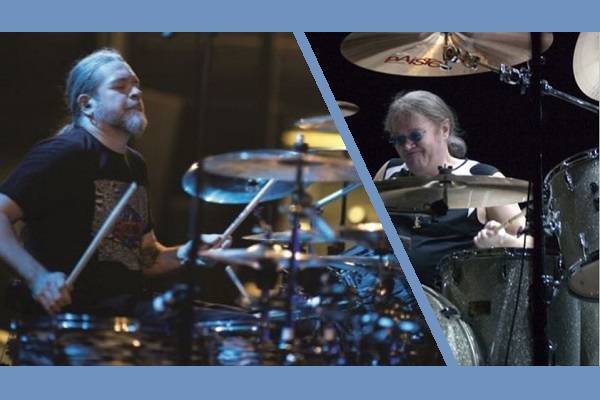 Deep Purple and Meshuggah skinmen, Ian Paice and Tomas Haake, have transformed into a different kind of ‘hard rock’. The pair have reached new levels as metal-loving palaeontologists have named recently discovered fossils in honour of the influential rockers, as revealed in a new Communications Biology article.

Ophiopetagno Paicei and Muldaster Haakei are fossils formed out of extinct brittle stars, retrieved from 428-million-year-old rocks on the Swedish island of Gotland – around the same period as the oldest-living land creature. A team led by Sleepers’ Guilt drummer, Doctor Ben Thuy of Natural History Museum Luxembourg, made the recent discovery.

Explaining why his team chose to honour the two drummers, Doctor Thuy says: “Analysing fossils the size of a dust grain and delving deeply into complex evolutionary patterns can be mind-wrecking. The music of Deep Purple and Meshuggah really helped us blow off steam, renew inspiration and calm our minds.

“During the time our study was compiled, I recorded the drums for the upcoming album of Luxembourg-based metal band Sleepers’ Guilt, so it was an obvious choice to honour two of my idols,” he explained.

American artist, Joe Petagno has also been honoured in one of the fossils, sharing his name with Paice in Ophiopetagno Paicei. Petagno created Motörhead’s iconic ‘War-Pig’ mascot, and created album artwork for Hawkwind, Sweet, Autopsy, Sodom, and more.

Upon hearing of the honour, Petagno offered, “In my wildest fantasies (and I have a lot of them) I never thought I would have a fossil named after me, and a stunning brittle star over 400 million years old. Far out — way out there. I am truly honoured.”

Co-author of the study, Professor Mats E. Eriksson of Lund University said, “Ian Paice of Deep Purple and Meshuggah’s Tomas Haake are two of the most prolific and influential drummers of all time. While Joe has a history of including zoological objects in his paintings and has provided artwork for some of my previous fossil discoveries. Naming a fossil in his honour was long overdue.”

You can check both fossils out in in the aforementioned article.