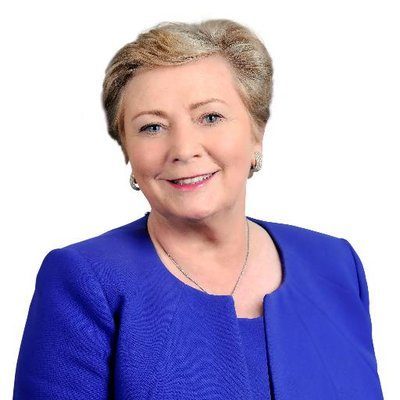 Frances Fitzgerald has officially stepped down from her position as Tánaiste today amid mounting pressure of a ‘no-confidence’ motion being brought to the Dáil.

The former Minister for Justice has released a statement surrounding her resignation affirming she will not be commenting any further on the issue.

The Fine Gael TD stated: ”Today I made the decision to tender my resignation to the Taoiseach, stepping-down with immediate effect as Tánaiste and Minister for Business, Enterprise and Innovation.”

“It has been the greatest honour of my life to serve in government, but I believe it is necessary to take this decision to avoid an unwelcome and potentially de-stabilising general election at this historically critical time.”

”Throughout my career I have always sought to act with integrity and responsibility, and that is why I have decided on this occasion to put the national interest ahead of my own personal reputation.”

The minister went on to thank Leo Varadkar for his role in ‘protecting her good name’ and affirmed her admiration for the Taoiseach as he always believes in doing the right thing instead of what is ‘popular or politically expedient’.

Furthermore Fitzgerald confirmed she will be fighting her case: “It will also allow me to vindicate my good name at the Charleton Tribunal, without causing any further distraction to the work of the Government.”

“I have always believed in due process and I believe that in the current situation that is becoming increasingly difficult for me. I acted correctly in difficult circumstances and, in fact, did everything that I could to support the search for truth and protect whistleblowers.”

Concluding Fitzgerald thanked her family, friends, colleagues and constituents for their continued support throughout her political career.

Aer Lingus Up, Up & Away For Holidays From Monday