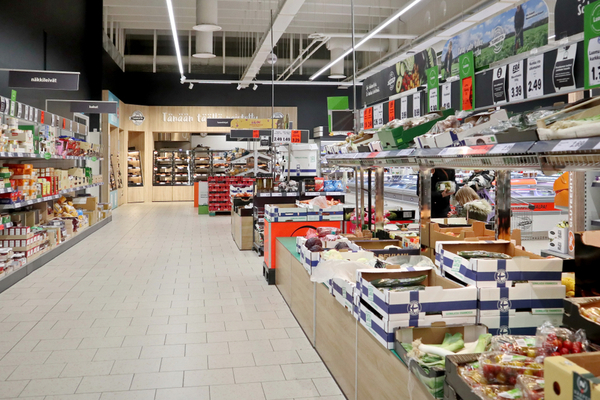 The Food Safety Authority of Ireland (FSAI) has issued a warning against the purchase of a popular, Christmas item. An urgent recall alert has been issued to Lidl customers following the detection of Salmonella in a batch of products. Consumers are being asked by the supermarket giant not to eat a specific batch of its Deluxe Stuffed Dates over food safety fears.

The discount supermarket chain displayed warning notices across all stores selling its Deluxe Stuffed Dates product. Anyone who has already purchased this batch the popular Christmas foodstuff is being urged not to eat it. With concerns it may be carrying the harmful bacteria, consumers can instead return it at the store to get a full refund. The warning was released by the FSAI on Tuesday.

Advice from the FSAI informs people of the side-effects of the virus, as people infected with Salmonella typically develop symptoms between 12 and 36 hours after infection. Diarrhoea is the most common symptom for someone who is infected with Salmonella, which can sometimes be bloody. Other symptoms may include fever, headache and abdominal cramps and the illness usually lasts for four to seven days.

Occasionally, severe cases of diarrhoea may require medical attention with the elderly, infants, and those with impaired immune systems, more likely to have a severe illness. In some cases, hospital admission may also be required. The Deluxe Stuffed Dates that are in line for the recall have a pack size of 240g, a batch code of 21301/196 and a best before date of January 21st, 2022.

#FoodAlerts Lidl recalls a batch of Deluxe Stuffed Dates Due to the Presence of Salmonella. For more on this alert, see: https://t.co/IkV4aTjTar. pic.twitter.com/jhIv0Jr57i

It has not been long since the supermarket has been caught up in urgent recalls with the store one of several who had recalled several products. Lidl, Iceland, and other speciality store shoppers were impacted by the alerts issued by the FSAI just last August. The FSAI issued that recall warning due to the presence of an unauthorised pesticide and salmonella in some of the items. And in 2020, Lidl recalled batches of Milbona Light yoghurts due to the possible presence of small pieces of metal.