Home Sport The Club Hurling Championship Is Back This Weekend 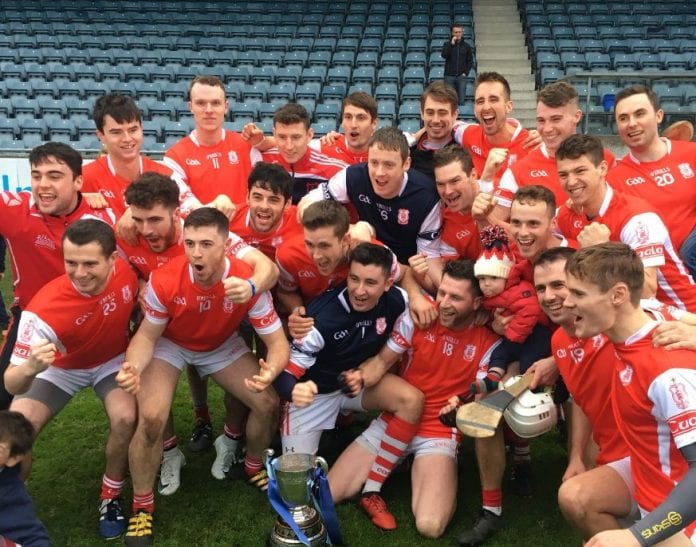 There’s nothing we love more coming into the winter months than a healthy dose of club GAA action.

Hearts are left on sleeves as club players represent their county on the provincial scene, hoping to make it all the way to All Ireland Club Final day.

And this weekend is no different as we have not one, but FIVE hurling games kicking off around the country this Sunday.

In Leinster, six teams will battle out the quarter-final stage as St Martins of Wexford wait patiently for the semi-final draw.

Offaly champions Kilcormac/Killoughey will take on their neighbouring county, Westmeath, who’ll be represented by the Castletown Geoghegan club at O’Connor Park, Tullamore.

While the final game in Leinster will see Laois champions Camross play Mount Leinster Rangers of Carlow at home in O’Moore Park.

@ballygunnerHc made it seven winning weekends on the trot as they with their epic extra-time triumph over Tipperary kingpins Thurles Sars pic.twitter.com/HwvH0Iq2Bf

Meanwhile in Munster, it’s the semi-final stage of the competition as Waterford’s Ballygunner will be hoping to get the better of Clare’s Sixmilebridge at Walsh Park.

And Na Piarsaigh of Limerick will have home advantage against Cork’s Blackrock in the Gaelic Grounds.

All games are due to start at 2pm, while TG4 will have coverage of Cuala v Dicksboro and deferred coverage of Ballygunner v Sixmilebridge.

Tiger Woods Optimistic Ahead Of Carnoustie On Thursday