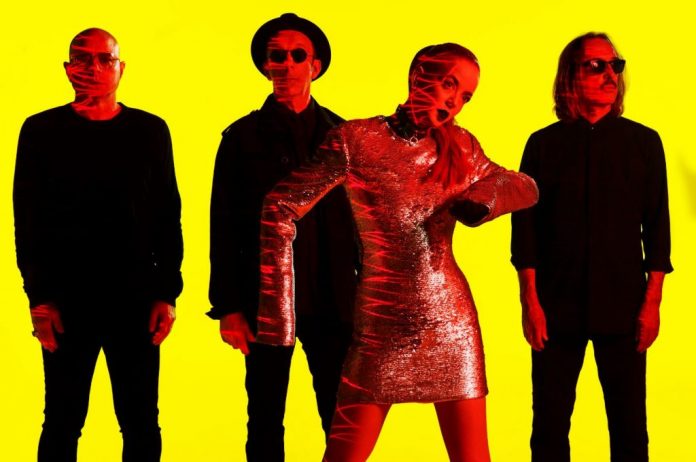 Garbage have released a bonus track ‘Lick The Pavement‘ from their forthcoming reissue of ‘Version 2.0’ in celebration of the album’s 20th anniversary. You can listen to the track below.

Version 2.0 was a No.1 selling album for the band, it featured the hit singles ‘Push It’ and ‘I Think I’m Paranoid’. It will be re-released on June 22nd before their UK anniversary tour kicks off.

Inclusive of the original record, the reissue comes with b-sides from the time and is available in a variety of formats across multiple CDs and coloured vinyl alongside posters and more. Speaking to the NME Shirley Manson said of the album:

“Version 2:0′ is in my opinion the quintessential Garbage record We are all very grateful to the millions of people who took it to their hearts at the time it was released and to those who continue to love on it still.”

Drummer and renowned producer Butch Vig said of the record:

“Version 2.0′ is the sound of a band growing up, evolving, and more than anything, gaining confidence. When we started recording, we made a conscious decision to not re-invent ourselves, but rather take everything we learned from our debut album and filter it through the new digital technology we were grappling with.”

The band have returned to the studio to record their new album, Shirley Manson explained to the NME what its like working as a band now:

“The thing that I keep saying to the band is that it’s high stakes now. It’s not like how we once did it when we were just starting out. It’s like, how much longer are we even going to be alive for? I felt that when David Bowie died – that’s when I started going ‘oh my god, now it’s my generation next’, and then when they took Dolores O’Riordan of The Cranberries. That fucking really shook me. I was really affected by her death you know, because that’s my people.”

Garbage kick off their UK tour in Edinburgh on September 4th.

The Killers Look Set To Bag Another UK Number 1 With...