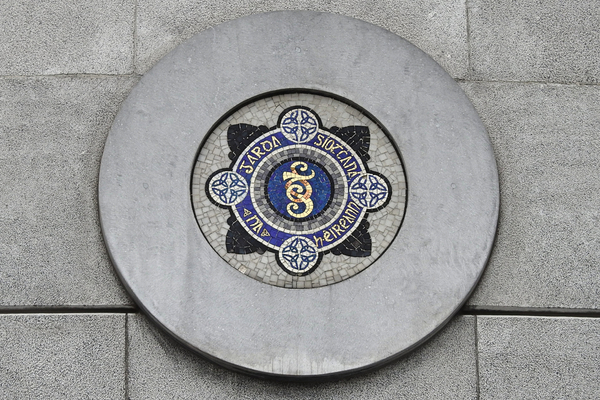 A teenage boy was arrested in Dublin’s Temple Bar area last night after the youth was found in possession of stolen goods and a weapon. According to Gardaí, the young offender was caught with a bottle of vodka and knuckle-dusters during a search of his person.

The vodka seized by Gardaí had its security tag still attached when the 15-year-old was taken from the city centre hotspot, yesterday evening. Gardaí then arrested the youth and escorted him to Kevin Street Garda Station, where the teenager was later released into the custody of his parents, pending a referral to Garda Youth Diversion Office. A spokesperson for the Gardaí said investigations into the incident are ongoing.

Taking to Twitter, An Garda Siochána reported that Gardaí seized a bottle of vodka from a 15 year old in Temple Bar, Dublin 2. The youth was then “arrested for handling stolen property, [and] a knuckleduster was located on his person, when searched. The youth was released into his parents’ custody pending a referral to Garda Youth Diversion Office”.

Meanwhile, there has been a call for a 24/7 presence of Gardaí on the streets of Dublin to control the recent rise in “feral youths acting the maggot”. According to reports, news has emerged that some pubs are closing early to avoid the potential chaos which currently takes place in the city centre.

Speaking to The Irish Sun, Temple Bar boss, Martin Harte told reporters: “We want to have a healthy vibrant city without people ruining it for others. We need a constant presence in the city, Gardaí need to blitz the place. And the only way we can stop trouble is with a very strong visible presence. Not just Thursday, Friday and Saturday nights but 24/7. They need to be dealt with [through] harsh sanctions and zero tolerance to trouble”.

Gardaí recently arrested three young offenders in the city centre on Thursday night, following video footage circulating on social media had shown glass bottles being launched at staff during a row on South William Street. One man was brought to hospital with non-life-threatening injuries.

AIB Forced In to Dramatic U-Turn On Cashless Branches After Vicious...