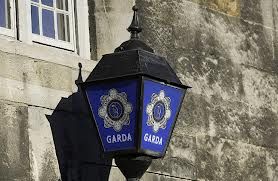 Gardaí are investigating the murder of a man in County Louth.

The body of the 18 year old was discovered yesterday morning in a field near Dunleer.

Yesterday morning the body of an 18 year old was discovered on land in Dunleer.

The Deputy State Patholgist Dr Mulligan carried out a post mortem examination on the body at Our Lady of Lourdes Hospital yesterday evening.

Details of the results are not being published for operational reasons.

The crime scene is sealed off an an incident room has been set up at Drogheda Garda Station.

There is an appeal for information and in particular Gardai want to speak to anyone who was in the vicinity of Shamrock Hill, Dunleer between 4pm on Friday afternoon and half past eight yesterday morning.

No arrests have been made and investigations are ongoing.