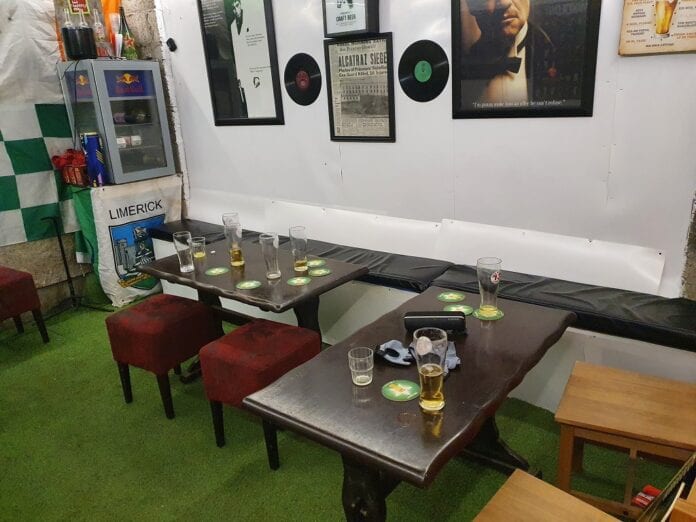 Gardaí in Limerick searched a private premises at the weekend and discovered a fully operational, unlicensed bar in a garage adjacent to the premises.

When Gardaí arrived there were a number of glasses on the tables with the remnants of alcohol inside them.

The premises was also found to be equipped with a fully functioning toilet, a television and a dartboard.

A significant amount of alcohol, including six beer kegs, was seized during the operation along with refrigeration units, four beer dispenser taps, gas regulators and optic dispensers.

Enquiries are ongoing and a file will now be prepared for the Director of Public Prosecutions.

The COVID-19 Pandemic remains a public health crisis and An Garda Síochána continues to appeal to all citizens to comply with Public Health Guidelines and Regulations in order to save lives.

Video: Leicester City Owner Was On Board Crashed Helicopter