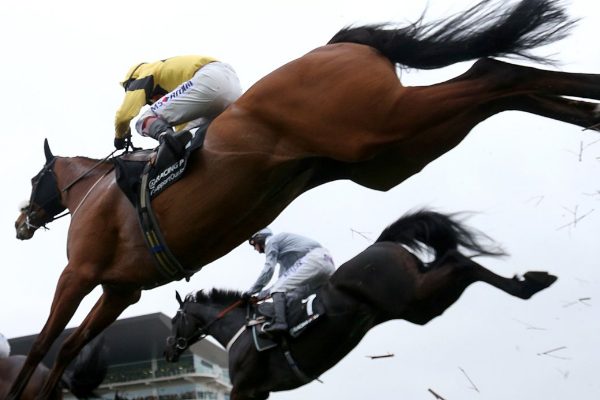 Buveur d’Air has won the Champion Hurdle at Cheltenham for the second year running.

But the odds on favourite, owned by JP McManus, trained by Nicky Henderson and ridden by Barry Geraghty had to fight all the way to see off Melon and Mick Jazz.

Melon pushed him all the wau but the favourite just about had enough to get up.

Barry Geraghty waited as long as possible before making his challenge on the winner. A first back-to-back winner of this race since Hardy Eustace.

Mick Jazz finished third at 25/1. Identity Thief was fourth as Faugheen faded badly at the end.

Jockey Barry Geraghty told BBC Radio 5 live …. ‘He was brilliant. It was a war out there. I thought Melon was going to beat me. He dug deep thankfully, what a buzz.’

"He won it the hard way"

Winning jockey Barry Geraghty on what was an enthralling race. pic.twitter.com/xECRXcu8HR

Willie Mullins and Ruby Walsh combined for their first winner at this year’s Festival with 6-to-5-on favourite Footpad claiming the Arkle.

He recovered from a mistake on the back straight to hold off the challenge of Nicky Henderson’s Brain Power who placed second at a price of 14-to-1.

They made it a double when Benie Des Dieux and Walsh won the Mares hurdle in a 9-1 double for Walsh who made it winners numbers 57 and 58 at Cheltenham.

The Tom George-trained Summerville Boy claimed the opening race of the festival – the Supreme Novices’ Hurdle – at a price of 9-to-1.

The 6-year old finished just a neck ahead of 5-to-1 chance, Kalashnikov, with Mengli Khan in third under Jack Kennedy.

Favourite Getabird under Walsh weakened in the run-in and was unplaced.

The 5-to-1 favourite Coo Star Sivola claimed the Ultima Handicap Chase – the third race on the opening day of the Cheltenham Festival.

The Nick Williams-trained horse just pipped 14-to-1 chance Shantou Flyer to the post.

Garda Apology For Woman At Centre Of Kerry Babies Case