The Golden Globe nominations have being announced and Brendan Gleeson is among the nominees for his portrayal of former US President Donald Trump in The Comey Rule.

His fellow nominees in the best supporting actor in television category include Star Wars actor John Boyega for Small Axe, Daniel Levy for the comedySchitt’s Creek, funny voice actor Jim Parsons for Hollywood and the acting luminary that is the great Donald Sutherland for Undoing, The.

”Donald Trump, played by Brendan Gleeson, skillfully avoiding caricature, a challenge for a real-life character of excesses and exaggerations.

”But for that reason, and because nearly all we see of him from Comey’s perspective, and perhaps because his greatest strength and weakness is that he is always exactly what we see on television, his Trump is never a fully-formed character.

”He refers to himself in the third person. He brags about how popular and successful he is and complains about the media. His responses are off the point and he changes the subject abruptly.

”Trump jokes with the Russian ambassador about welcoming Russian interference in the election if it is on his behalf. He is petty; Comey was fired when he was in Los Angeles for a meeting with FBI staff and learned he lost his job from a television headline.

”When Trump finds out that Comey flew back from LA with the DC-based staff on a government plane, he demands an investigation. He wanted Comey to be stranded in California”. 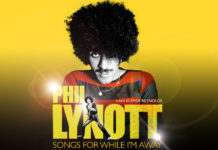