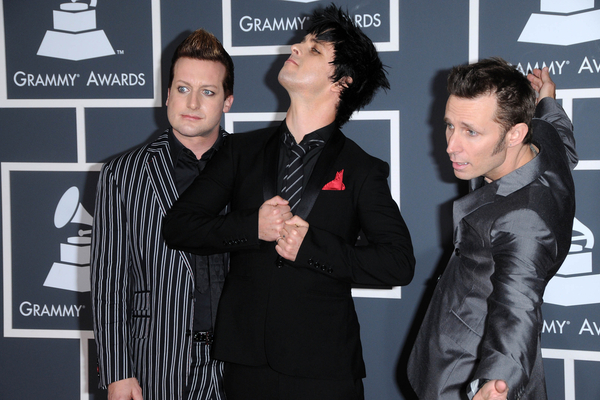 Green Day kicked off their Hella Mega tour over the weekend.

Intially announced in 2019, the tour which also includes Weezer and Fall Out Boy has been cancelled on numnerous occasions due to the pandemic.

But now, finally the tour finally got under way. Besides playing their usual well known tracks like “American Idiot”, “Good Riddance (Time Of Your Life)” and “Basket Case”, the band also released a live rendition of Kiss’ “Rock And Roll All Nite”.

That track had featured on Kiss’ 1975 album “Dressed To Kill”.

Check out the cover for yourselves here.

This cover was also met with a seal of approval from band members Gene Simmons and Paul Stanley.

“‘Tonight In DALLAS!’ Another reason to love @GreenDay!”, Stanley said.

“Tonight In DALLAS!” Another reason to love @GreenDay! pic.twitter.com/dPXgicnlEE

While Simmons wrote, “In Houstan yesterday! Thank You!”.

The UK and European legs of the tour will take place in 2022. It starts in Vienna on June 19 before finishing in Paris on July 2, with the UK tour dates including London on June 24, Huddersfield on June 25 and Glasgow on June 29. While they will also head over to Ireland to perform in Dublin on June 27.

Green Day have been busy over the past week. Bill Joe Armstrong and co also played a last minute gig in front of 1,000 people at the Tulsa, Oklahoma venue in Cain’s Ballroom.

This gig gave fans the chance to get a preview into what the Hella Mega tour will entail.

The band played several of their classics like “When I Come Around” and “Good Riddance (Time Of Your Life)”. It also included a live rendition of their new song “Pollyanna”.

Concertgoers had to prove that they had received a vaccine before entry. They were also allowed to record the gig on their phones.

More on this story in Nova’s report here.