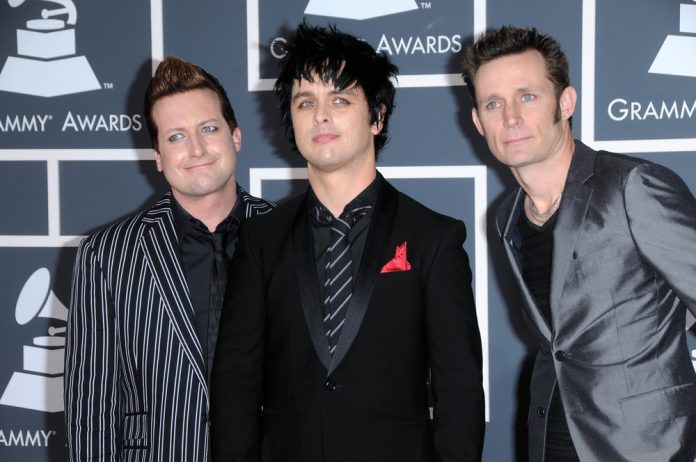 Green Day’s secret side project, The Network have released their first song in 17 years. The new track is called ‘Ivankkka Is A Nazi’.

The band first formed in 2003. They released their first album called ‘Money Money 2020’ in that year as well. The Network also opened for Green Day in 2005. Since then, the side project has been inactive.

However, last week, the band teased a new song on Instagram, and it has been released now. A new album called ‘Sparky Renegade’ will be released on December 11th through Warner records.

The song starts off with dance and electronic beats before the riffs start. The electronic tones continue throughout the song, they are dovetailed with riffs that would not be out of place on a Green Day record.

In the music video, Soviet and communist themes are evoked with old footage from years gone by. Ivanka Trump is the motivation behind the song and she appears in the video as blood splatters the screen.

The Network reference Nazis and the Fürher in the song. The band have placed many references to fascism in the track. It is clear to see what the band thinks about the state of America today.

‘Ivankkka Is A Nazi’ has not been featured on any major streaming platforms at the time of writing, yet the music video has been posted on YouTube and you can watch it below.

Green Day have always distanced themselves from The Network, even though it is one of the worst kept secrets in music. Billie Joe Armstrong, Mike Drint and Tré Cool who make up Green Day were listed as song writers on The Network’s first album.

In 2013, Drint admitted that Green Day were The Network, yet Armstrong continues to deny this claim.

Last week Armstrong shared the visuals that were posted by The Network with the caption “What in the actual fuck?”

He doubled downed on this by adding “The Network is not GD” in a follow up video.

In a statement The Network claimed they weren’t Green Day. It read “ The Network were formed in the year 2003, fulfilling an ancient prophecy predicting that we, its chosen members, would issue a stern warning to mankind in the form of music. Released as the album titled Money Money 2020 we shined the headlights upon the follies and vanity of mankind. Rapidly achieving fame and fortune, we had often been mistaken as the planets greatest rock ‘n’ roll band Green Day. This earthly comparison is almost as comical as the humans that inhabit this dying planet!”

During the first lockdown, Armstrong kept himself busy by posting covers on his YouTube channel. He has put those covers into an album called ‘No Fun Mondays’. It is to be released on November 27th. Armstrong covered many tracks including hits from The Bangles, Kim Wilde and many more. You can read more about it here.

In Memory Of The Late Burt Reynolds Here’s His Best Chart...