Home Music Grohl And Kurstin Share Cover Of Mississippi Queen For Night 3 Of... 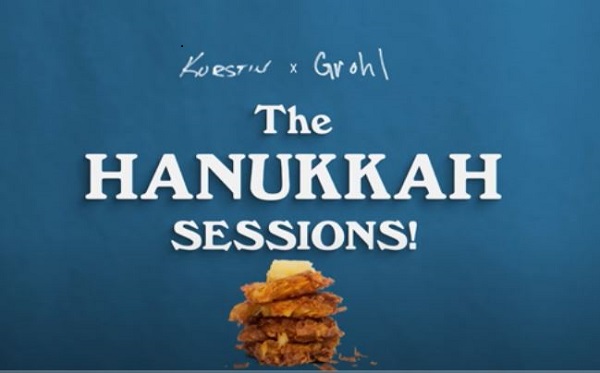 Dave Grohl and Foo Fighters producer, Greg Kurstin have shared an amazing cover of Mountain’s  1970 classic, Mississippi Queen. The pair have been hosting their Hanukkah Sessions, covering songs from famous Jewish artists for each night of Hanukkah.

On drums, Grohl kicks off the classic with that iconic cow bell (or in his case, a banged-up cup), before absolutely tearing through the lyrics with a ferocious rendition. Meanwhile, Kurstin accompanies Grohl and gives an incredible performance on keyboard, one which almost rivals Leslie West’s wailing guitar in the original classic.

Grohl explains that himself and Kurstin will cover eight songs by Jewish artists over Hanukkah 2020.

“This year, instead of doing a Christmas song, Greg and I decided to celebrate Hanukkah by recording eight songs by eight famous Jewish artists and releasing one song each night of Hanukkah.”

The lads began the series last Thursday with a pretty funny cover of Beastie Boy’s Sabotage. Grohl, again on drums, produced amazing Ad Rock-vocals, while also having to improvise playing drums with one hand when he dropped his stick!

Night Two saw the lads take on Drake’s Hotline Bling, before last night’s rendition of the Mountain classic. Viewers could see just how pumped the lads were when they finished, with Grohl saying “That was the best one yet,” and Kurstin agreeing, “I think that was pretty damn good.”

70’s rock group Mountain released Mississippi Queen between 1969 and 1970. It originally featured on their debut album Climbing! and has been covered by many, including Ozzy Osbourne. Watch the Grohl and Kurstin’s version on Night Three, below:

In other Foo Fighter news, the band is set to return next year with a new album, after a host of promotional stunts. It is called Medicine At Midnight and will include the recently released single, Shame Shame. In a recent interview with NME, Grohl shared his thoughts on the upcoming, tenth album.

“This is our Saturday night party album,” said Grohl. “It was written and sequenced in a way that you put on, and nine songs later you’ll just put it on again.”

Medicine At Midnight is set to release on February 5th.