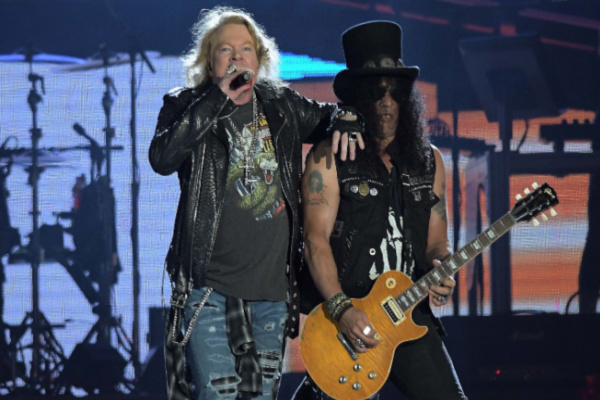 News of the band’s cancelled show comes amid reports that frontman Axl Rose had been having trouble with his voice during last month’s gig in Stavangar in Norway.

Guns N’Roses also performed shorter sets at their recent London shows, playing 22 songs on the first night, and 19 on the second. A normal set would entail between 27 and 30 songs.

Fans had even reported that the doors for the first gig opened two hours late, meaning that support act Gary Clark Jr was unable to perform.

Guns N’Roses’ Axl Rose told the audience on the second night that he was having trouble with his voice. He revealed that he would be playing a shorter set than normal. Songs that were dropped from the set also included Rocket Queen and November Rain.

“we will be in touch”

Guns N’Roses confirmed the cancellation of thier scheduled gig in Glasgow tonight. They assured fans that they will refix this show to a later date.

“Due to illness and medical advice, Guns N’ Roses will not be able to perform in Glasgow tomorrow. Ticket buyers have been contacted by their point of purchase and we will be in touch about the rescheduled date”, they wrote via the Gigs in Scotland Twitter account.

Guns N’Roses’ Glasgow cancellation is the second gig that a show has been cancelled at the city.

“RHCP love Scotland & are deeply disappointed not to be able to perform the show”, the band wrote in a statement. “Thank you for your understanding”.

They have also urged fans to retain their tickets, adding that they will reschedule this cancelled show. More on this here.