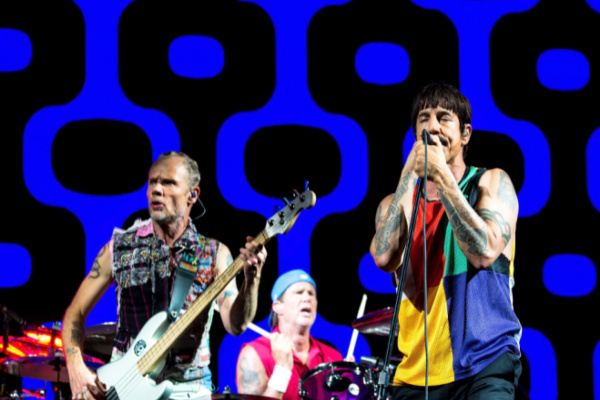 Red Hot Chili Peppers have cancelled tonight’s show at Glasgow due to illness.

The band confirmed this unfortunate news in a quickfire statement via social media. They were due to hit the stage at Glasgow’s Bellahouston Park.

Chili Peppers have urged fans to retain their original tickets, revealing that they will reschedule the cancelled gig.

“RHCP love Scotland & are deeply disappointed not to be able to perform the show”, the band wrote. “Thank you for your understanding”. See this post in full here.

This show would have marked Red Chili Peppers’ first live performance at Glasgow since 2016. The band have already taken to the stage at Dublin’s Marlay Park, London Stadium and Manchester’s Emirates Old Trafford.

The album which was the band’s first release since the return of John Frusciante in 2019, also sold 97,500 copies in the first week of its release.

On the album, Chili Peppers said, “Our only goal is to get lost in the music”.

“We (John, Anthony, Chad and Flea) spent thousands of hours, collectively and individually, honing our craft and showing up for one another, to make the best album we could. Our antennae attuned to the divine cosmos, we were just so damn grateful for the opportunity to be in a room together, and, once again, try to get better. Days, weeks and months spent listening to each other, composing, jamming freely, and arranging the fruit of those jams with great care and purpose. The sounds, rhythms, vibrations, words and melodies had us enrapt”.

They also added, “We yearn to shine a light in the world, to uplift, connect, and bring people together. Each of the songs on our new album ‘Unlimited Love’ is a facet of us, reflecting our view of the universe”.