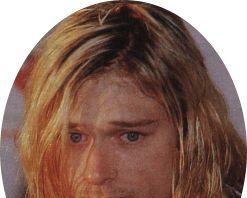 Kurt Cobain talks about being broke on a major label and his thoughts on rap in a newly surfaced interview. The singer never kept it a secret that he was a fan of hip-hop music and in a recently uncovered in a rare 1991 radio interview, he gave his thoughts on the genre.

The tape is conducted by Roberto LoRusso, who was a 21-year-old disc jockey for his college radio station, CHRW in London, Ontario.  Only four days before the release of Nevermind, LoRusso held a sit down interview with the Nirvana lead singer, the date was September 20th, 1991.

LoRusso has admitted that his interviewing is quite terrible as he was a rookie journalist without much knowledge of his craft or preparation. The clip begins with the DJ getting Cobain to do a station ID before questioning the rocker about his level of hatred for boring radio interviews.

However, the interview does have its moments especially when Cobain explains how even though he signed a major label contract with Geffen he didn’t have a place to live at the time. Cobain also explains that much of the contract payout had gone to other people,

The Nirvana frontman also discussed his appreciation for hip-hop and dislike for white MCs trying to appropriate the art form. As Cobain explained,

“I’m a fan of rap music, but most of it is so misogynist that I can’t even deal with it. I’m really not that much of a fan. I totally respect and love it because it’s one of the only original forms of music that’s been introduced. But the white man doing rap is just like watching a white man dance. We can’t dance, we can’t rap.”

Little did anyone know at the time that his band were about to drop what would go on to become one of the most important records in rock history.