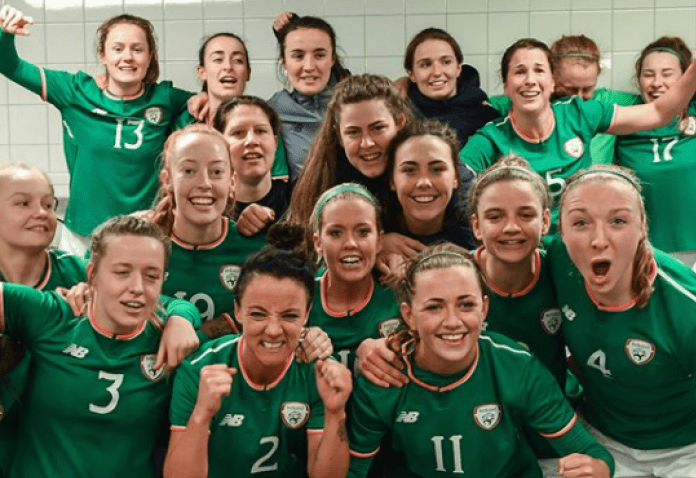 The Republic of Ireland women’s team came away with a historic draw in last night’s game against the Netherlands.

Manager Colin Bell will be incredibly proud of his player’s for the performance, holding the reigning UEFA European champions to a nil all draw.

The draw comes after a ten day camp, where the team worked tirelessly to ensure their hard work paid off, however they were without the services of Megan Campbell who ruptured her ACL.

While the side knew they would be up against it, Harriet Scott had every faith her team would achieve the result they craved:

“Netherlands is a completely different kettle of fish, they’re European Champions, but I think all of our team love a challenge.”

“I think what people expect of us and what we’ll perform will probably be different. I think we’ll impress.”

Following the game, Bell stated: “I cannot praise the players enough. They put their bodies on the line for every second of the game and got an incredible result.”

“We’re in this campaign now. We’ve played three away games and got seven points which was the target. We’re going to be battling every step of the way during this campaign and this is a huge moment for the players.”

The team have already secured two away wins to both Northern Ireland and Slovakia with last night’s draw keeping their hopes alive for a place in the Women’s World Cup 2019.

Next up the squad will face Slovakia and Netherlands at home, but fans will have to wait until April 2018 to see the ladies perform again.

Chelsea Are In The FA Cup Final After Defeating Southampton!